History of The Peeping Tom 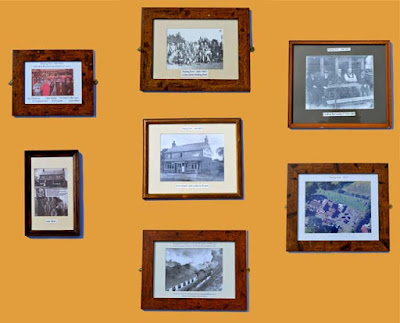 A local resident has recently come into the possession of a set of framed photos of images of The Peeping Tom.

The framed photos had formerly been hung on the walls inside The Peeping Tom, and were removed during the refurbishment in 2016.

Larger images of most of the individual photos and their descriptions are shown below...

The Peeping Tom is an important part of the heritage of Burton Green. The Peeping Tom acquired that name in the 1860s. But a building has existed on that site since the early 17th Century, and possibly earlier. The earliest known reference to the property is in 1607 when the property was sold for £160. The property changed hands several times, and in 1802 came into possession of the Arnold Family who also gave their name to Arnold's Farm.

There have been claims that The Peeping Tom was originally opened to provide refreshments for workers constructing the Kenilworth to Berkswell railway. However, according to the Greenway Trust website, that railway was not built until 1882-1884, so the Peeping Tom Beerhouse predates the railway by at least a decade. 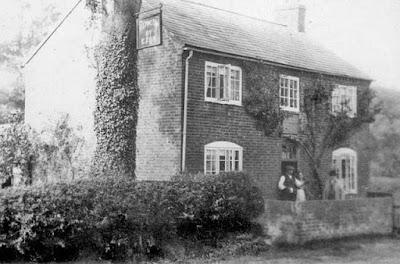 The pub sign on the tree, which may be difficult to read, says 'Peeping Tom by E Cox'. 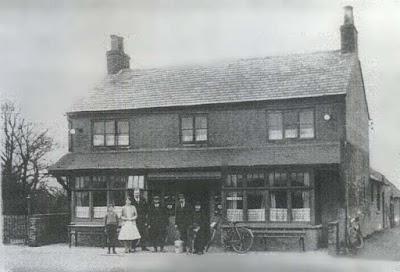 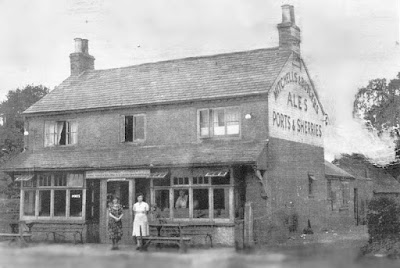 The 1939 census tells us that the landlord was then Herbert Cowley.

This photo shows his daughter Amy, and wife Grace, standing outside, with Bert Cowley at the window. 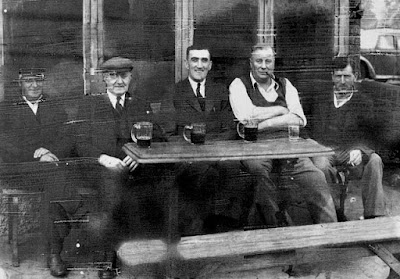 Bert Cowley is 2nd from the right in this photo.

When Bert Cowley retired, the pub was managed by Amy Cowley and her husband, Charles Aston. 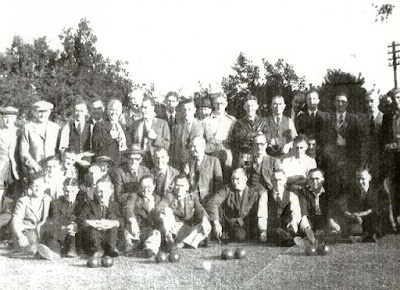 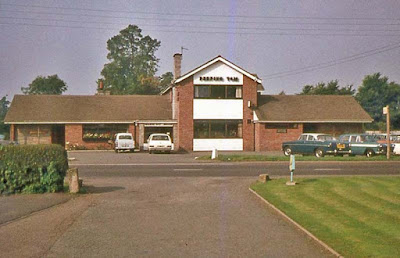 In 1972, after the construction of a brand new building.

This photo was provided by Rick Jowett.

Staff and customers in the late 1970s. 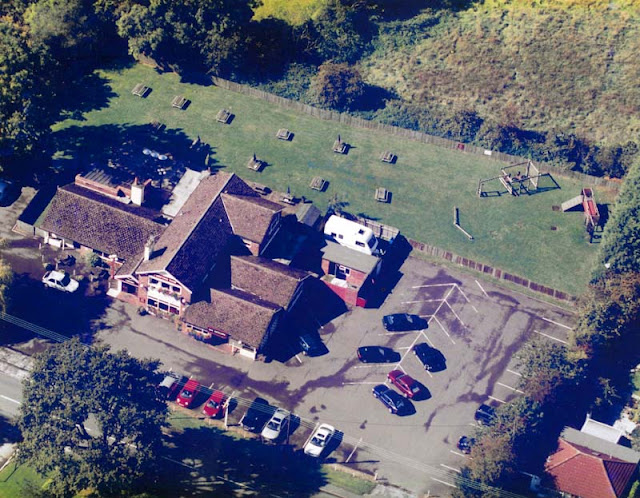 Peeping Tom is a character in the story of Lady Godiva. The ride was formerly part of a pagan ritual, possibly a May Day procession, where Tom was the consort of the pagan goddess. When Coventry was Christianised, the story was revised, to its present form. The following quote comes from British History Online Lady Godiva:

"Elements in the Godiva legend and other traditions relating to Coventry provide clues as to the nature of the original cult although any reconstruction must, in the absence of positive proof, remain conjectural. The naked woman with long hair, riding in a springtime procession, is the one constant factor in all variations of the legend and represents a goddess of fertility.  The tabu element of the Peeping Tom story may be a genuine part of the original myth, recalling similar penalties for those who intruded on the forbidden rites of other fertility goddesses. Like the intruder in other tabu stories, however, Peeping Tom may have played a more positive part in the ritual, as the priest-king, the consort of the goddess who was sacrificed to ensure the fertility of the crops and herds, and well-being of the community."