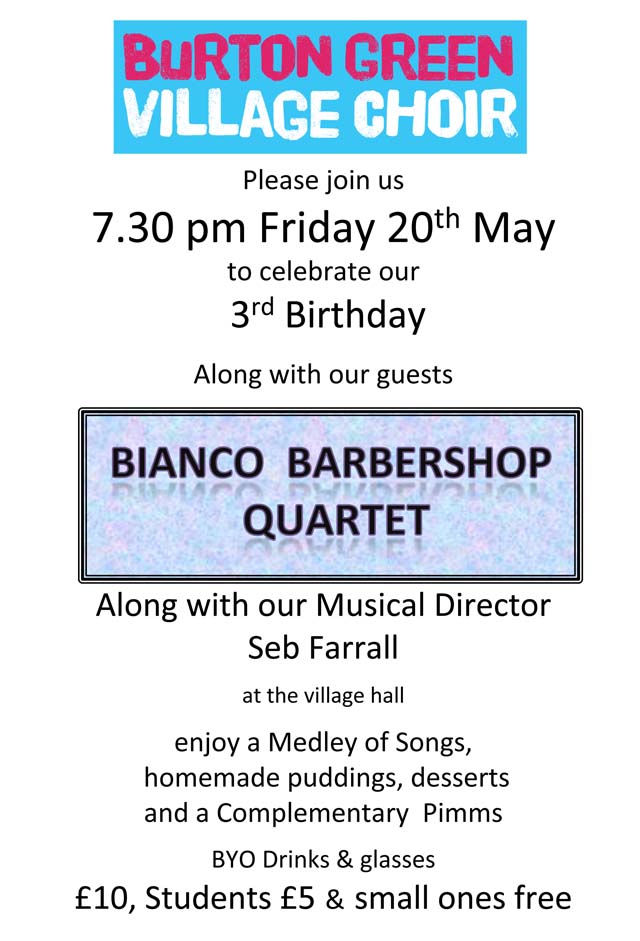 The following report is from Stop HS2:

During Thursday’s (14th April) debate in the House of Lords, it was clear that many of the peers there are well aware of the difficulties people had dealing with HS2 Ltd, Further, they are aware the Lords Select Committee would have to revisit many of the issues previously covered by the Commons HS2 Committee.

With that in mind, we urge anyone thinking about submitting a petition to do so. The deadline is Monday 18th April.

A number of peers made the point that it was vital that the Lords Select Committee did not simply accept the proposals from HS2 Ltd and the Department for Transport so that individuals and groups affected by HS2 could get a satisfactory outcome. The reasoning behind this was summed up in Lord Stevenson of Balmacara’s comment:


“In a representative democracy, there are limited opportunities for individual citizens to be engaged in the parliamentary process. The hybrid Bill processes in Parliament provide an important and valuable opportunity for ordinary citizens to protect their private interests when these are being engaged by powerful private and public organisations. However inconvenient for the Government, Parliament must never abuse the trust placed in us by so many people.“

There were criticisms of the House of Commons Select Committee, with Lord Stevenson going on to say:


“I have to say that the mood at present in the Chilterns from those who tried to engage with the Commons Select Committee is very negative about the experience and there is considerable disenchantment from many people who felt frustrated and patronised. This is not good for democracy, and it is important that the Lords Select Committee can recover some of the ground lost, in the public interest.”


While the Euston area and the problems in London were brought up by many peers, issues in the Buckinghamshire and Warwickshire and elsewhere, along with ancient woodland were also raised.

A number of peers spoke of experience of petitioning the House of Commons Hybrid Bill Committee, and made very similar points. Baroness Young of Old Scone, who spoke in detail about ancient woodland, said:


“It will be very bad for democracy if many people submit petitions and they are not adequately considered by the Select Committee. It is important that right at the beginning of the Select Committee’s work it is absolutely clear what its powers are so that people can know what expectations to have.”

Lord Berkeley was critical that the Commons group appeared “to have more or less given up, lost interest and taken everything that the promoters said or asserted without question”.


“I want to concentrate on the process of using the Select Committee to give permissions. I was involved in the committees for the Channel Tunnel, HS1 and Crossrail, and I briefly chaired a Private Bill Committee on a Norfolk Broads Bill. One thing I learned is that committees must act in a judicial capacity when hearing petitions and listening to promoters’ responses. They must listen, and they do, certainly in your Lordships’ House. Having heard the petitions, the committee then forms a view on the issues. It may request further studies from the promoter and publishes reports.

“I know that is what our House of Lords committee will do, but sadly my experience hearing the petitions and discussions from many residents’ groups in the Camden area to the Commons committee was that it fell far short of the independence and fairness which I believe is so important for a promoter to get agreement to enhance the credibility of a scheme and its own work. I am not being critical of the decisions that the committee took, but I am critical of the way it appeared —at least when it neared the end of its work and was considering petitions towards the London end—to have more or less given up, lost interest and taken everything that the promoters said or asserted without question.”

The major issues around Camden and the Euston area were brought up with a number of peers suggesting that the petting start at the London end. Lord Ahmad of Wimbledon, speaking for the government, suggested that they should be heard following the Summer Recess.

It’s not clear at the moment how that will play out, but if the government gets its way, the committee will not be able to appoint independent experts for advice and it will be up to petitioners provide evidence from “expert witnesses on the subject where they feel it necessary”.

NB The deadline for submitting petitions is Monday 18th April at 5pm.

Made in Burton Green Workshop Day

Please come along to a workshop for the 'larger than life' sculpture trail, a community arts event for 'Made in Burton Green' to celebrate our environment.

Pop in for all or drop in to collect materials to make at home.

We have lots of materials that have been donated for this purpose, eg  fabric, wire, card tubing and willow.

Please feel free to bring your own materials to work with.

If you would like to work with willow, please wear wellington boots and bring secateurs

Best Wishes
Thea, Deirdre and the team
Posted by John Webb No comments:

Email ThisBlogThis!Share to TwitterShare to FacebookShare to Pinterest
Labels: Made in Burton Green

Calling all Artists in and around Burton Green

You are invited to exhibit any sort of art/medium 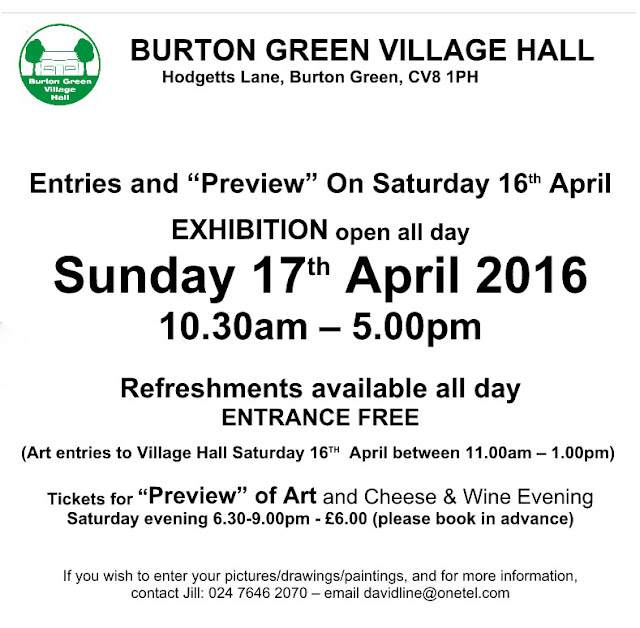 There will be a meeting at the Village Hall, on Sunday 10th April at 7.30pm.

If youare wondering whether you should petition the House of Lords please come along this Sunday.

Link below if you would like to look at the details ahead or print.

Petitioning the House of Lords ends 18 April 5pm for email [ payment and hand copy may follow after your electronic copy].

Stop HS2 have put together the relevant details:
http://stophs2.org/news/15320-petitioning-house-lords

The process is simpler than the House of Commons. The main one being the documents may be emailed and money posted.

Please join us
7.30 pm Friday 20th May
to celebrate our
3rd Birthday
with our Musical Director
Seb Farrall BA [Hons]
at the village hall

enjoy a Medley of Songs,
homemade puddings, desserts
and a Complimentary Pimms

We look forward to seeing you
Bookings
didvernon@me.com
02476464188
Posted by John Webb No comments:

The dates [18th June- 3rd July] coincide with Warwickshire Open Studios and we will have a page advert in the brochure for the event and we are part of the Coventry trail. The Scarecrows and Sculptures are remaining for a third week this year till 10th July.


Information for Exhibitors at the Hall 25-26 June

We have access to the Hall  7-9 pm  Friday 24th June, and before the noon opening on Saturday. 25th, .for the exhibitors to set up, and to set up the café.

A small donation of £10 towards the cost of hiring of the Hall and a homemade cake for the café would be appreciated.

Please let us know if you require a socket, large / small table or display screen.

We can provide a white sheet for the table if you do not have one.

BG School will be exhibiting their art work too.


Village Hall open to the Public

Scarecrows along the Greenway  & larger than life sculptures

NB Scarecrow registration 10 am -12 noon, 18th June at VH open to all.
Owners will then  place their crows along the Greenway between Cromwell Lane Bridge and National Grid Wood entrance.

Please mail for a scarecrow crib and ideas sheet.

10 am Sat.16th April at 28 Hodgetts Lane please a bring packed lunch. Or drop in to Stitch Group most Thursdays  7.30 -9.30 if you would like to assist.  Open to all  Dressing of the National Grid Wood will take place from 11th June.

Sunday 10th July  after 5pm by 5pm  Monday 11th July. Sculptures will also be removed from  the National Grid Wood.

The event is being sponsored by BG Parish Council and BG Residents' Association.

Volunteers for any part  of the event extremely welcome.