The Birmingham Mail recently reported some newly released figures from the Office for National Statistics showing causes of population growth in English cities (including Birmingham and Coventry).

Apparently, 58 per cent of population growth in Birmingham between 2007 and 2016 was fuelled by immigration.

In the same ten year period, Coventry had an extra 52,782 people, and a staggering 98 per cent of that figure appears to have come from immigration. 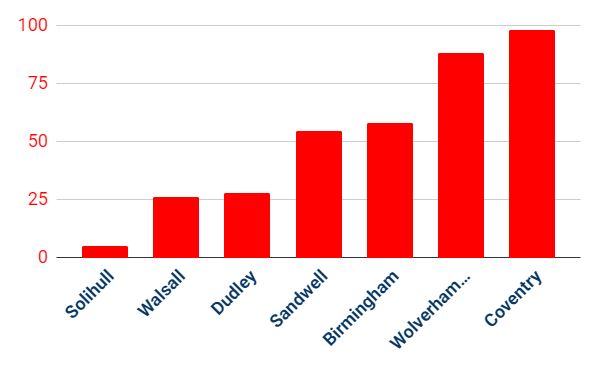 The original article is here:
http://www.birminghammail.co.uk/news/midlands-news/revealed-how-immigration-fueled-jaw-13350435


A political dimension to the recent controversy concerning building on the green belt also became apparent in this report from the Coventry Telegraph.

The minutes of the previous meeting of July 11th 2017 were approved.

A report had been circulated.


3. Consideration of funding for judicial review re housing

Prior to the meeting a letter from Archie Taylor had been circulated. It requested a donation of £1000 to the campaign fund against the housing developments in the Green Belt. It was claimed that the developments were planned against a false premise that Coventry’s population and employment projections were hugely inflated and most of Coventry’s needs could be met by building on brownfield sites.

Rona said a meeting of the campaign group was being held the same evening and that more clarity would be available after that.

It was felt that further detail was required and this should be available following the group's meeting. The Warwick District Council meeting was due to take place on September 20th when councillors would vote or delay a decision.

It was agreed that an extraordinary meeting of the Residents' Association would be scheduled for September 26th when Ian Cox would attend to present the legal situation and the detail around a judicial review. Committee members were urged to forward any questions in advance to Judi who would collate them and send to Ian Cox.
Action: Judi and all

Hilary reported that one of the flower tubs in Red Lane had been vandalised.


A number of the street lights in Cromwell Lane near the Hickory's Smokehouse had not been working but this had been reported and the matter was being actioned.

The footpath in Red Lane was still causing concern but it was believed work on this was being scheduled.


5. Update on and discussion of Residents' Association initiatives and issues

A sightly different format had been tried last year and was deemed a success. The Meeting would start at 7 with refreshments and would follow last year's format. Judi would send a similar letter to councillors inviting them to join us for a glass of wine.  Action: Judi

Paddy offered to help with the PowerPoint presentation. Officer roles were to be listed on the presentation. Action: Paddy and Rona

The constitution required that the officers and three committee members should stand down.  Current officers (Rona Taylor, Mary Webb, Dianne Adams, Janet Hickinbottom and Judi Hibberd) were willing to stand again unless anyone else wanted to take on any of the roles.

Three committee members had to stand down.

Items to be covered at the AGM were agreed as:


The banner would be put up on Friday October 13th.

No one was available to report.

The Village Hall committee had received good news about HS2's support for the plan to be submitted for planning permission.

This was to take place at the Village Hall on September 19th between 4 and 7pm.

Cllr Green said the PC had objected to the major planning applications for 425 houses to be built at Westwood Heath. They had not opposed the Cala Homes proposal but sent in comments for example about retaining boundary hedges to the site; the need for recharging points outside each house; subdued street lighting; the extension of the school parking area; a vehicular access to the playing field for mowing machinery; and the importance of a high wire fence around the field for children's safety. Fewer trees were recommended on the playing field area and a dog waste bin was requested.  The PC was to have an informal meeting with Cala Homes.

The road would not run all through the site, hence avoiding creation of a "rat run" but there would be a footpath. The PC was quite supportive of the overall plan.

The building of two houses had been proposed on the plot next to the Thorntons' house. This was being opposed by neighbours.

A new sign had been erected at the Red Lane playground to indicate children playing.

The PC was looking into upgrading the bus shelter.

Talks were beginning about the Coventry Southern bypass.

Paddy asked if the Cala Homes proposal was still open for discussion. A notice had been issued on September 1st saying it was open for a further 21 days.

Thanks were given to Cllr Green.

A reminder had been sent of the Made in Burton Green event in June 2018.

Rona would send a card to Dianne wishing her well after her recent operation. Action: Rona

Mary asked if it was possible to buy five more "grabbers"for community rubbish collection and this was agreed. Action: Mary


11. Date, time and venue of Next Meeting

An extraordinary meeting was to take place on September 26th 2017

The next committee meeting was scheduled for Nov 14th 2017.

We are now in the final countdown for the GreenLeek10K, a major fundraising event in the local schools' calendar.

This unique multi terrain run starts at Burton Green School and follows a beautiful countryside route to finish at the Warwickshire, opposite All Saints School in Leek Wootton. Full details of how to register can be found on the website www.greenleekrun.co.uk . 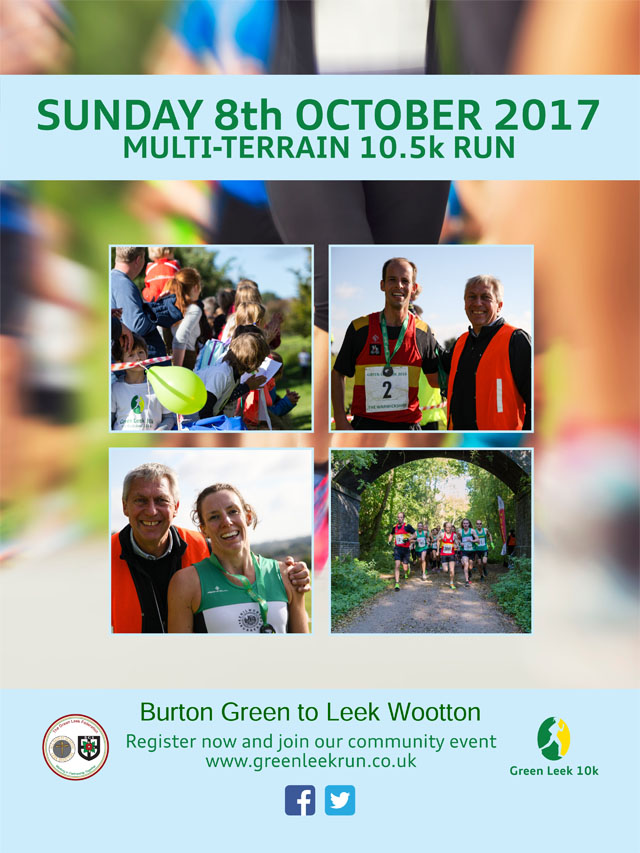 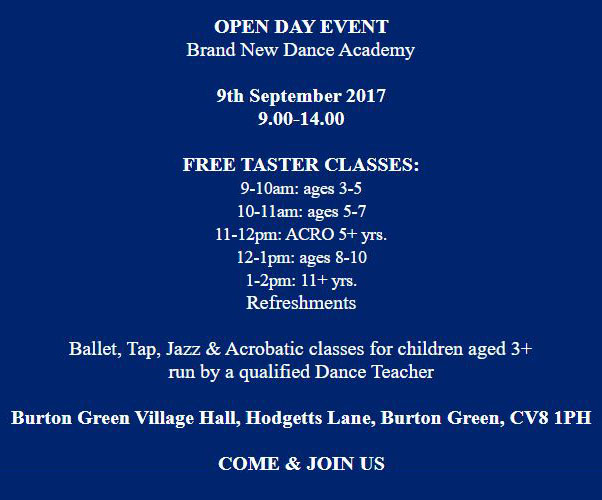 The September 2017 edition of the Bugle has been published.