The Parliamentary Constituency Boundaries are being reviewed. It is proposed to create a new constituency of Coventry South and Kenilworth. This would include Canley, Earlsdon, Tile Hill, Westwood Heath, Green Lane, Stivichall, Whitley, Burton Green and Kenilworth. 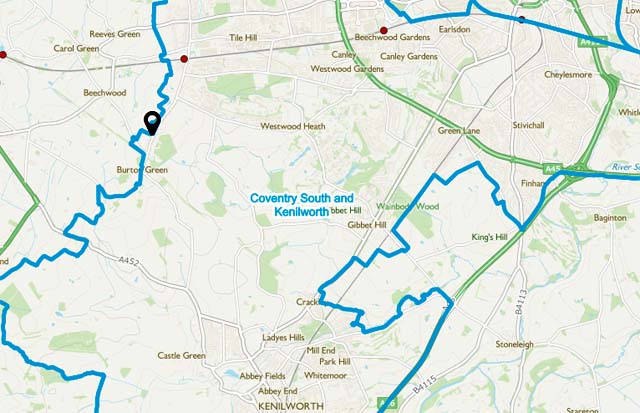 Article in the Kenilworth Weekly News:
http://www.kenilworthweeklynews.co.uk/news/kenilworth-could-merge-with-part-of-coventry-in-new-constituency-boundaries-1-8201293
Posted by John Webb No comments:

Hyperloop is a revolutionary transport system that is 5 times faster than conventional high-speed rail, safer, can be built at far less cost, and is more environmentally friendly. Virgin Hyperloop One could take passengers from London to Edinburgh in 50 minutes.

Here are two new videos about the project.

In the video below Richard Branson talks about connecting London to the North and also refers to 'the other railway that the government are building'. Presumably Branson's project would be completely financed by the private sector...