The minutes of the previous meeting were approved.

Matters Arising from the previous minutes. Overgrown footpath in Red Lane: this was still a problem.  Faith agreed to speak to the owner of the hedge before any further action was considered.
Action: Faith

All other matters arising had been dealt with or were in progress.

A report was circulated. Terry reported that the accounts remained fairly healthy.  Expenditure was as planned. In future the Village Hall would issue bills more regularly. At £712, subscriptions were still £200 down on last year but there were still some areas which had not been visited for collection. Mary was sorting this out.
Action: Mary

The Mine Opposition Group refund had not yet been finalised because of the illness of Peter Lee who was a signatory.

The WW1 commemoration event had been well received. Terry was waiting for the final cake invoice and he would then close off that account.

There remained £136 left in the Speedwatch fund but this would be insufficient for the required speed gun calibration which last time cost £240. It was suggested that the Parish Council should be asked for financial support of £100 and Vaughan recommended completing a grant form on the Parish Council website.
Action: Judi

It was also suggested that John Whitehouse should be approached for advice on funding for this purpose.
Action: Terry

Terry reported on Speedwatch and said there was a need for more volunteers as only four people were regularly involved. This was to be added to the next edition of the Bugle.
Action: Rona

Horse manure on the pavements was mentioned as a problem particularly for residents in wheelchairs or with children in buggies.

There was nothing additional apart from ongoing issues.

Thanks were extended to the solar panel group especially Terry as the application from Green Energy had now been refused. Green Energy had presented a shoddy case.  A good team effort had been shown by a combined team comprising members of the Parish Council and BGRA plus individuals.

Vigilance must continue as an appeal to the planning inspectorate could be lodged.
Action: all

At the Select Committee visit, all village groups had worked together and shown a joint approach.

Starting the following week, HS2 representatives were coming to the Village Hall to meet various groups Andy and Rona would be meeting them on Monday to discuss issues before the petitioning hearings. It was not anticipated that the meetings would achieve much. The main priority of a deep bored tunnel would not be easily solved.

The clerk of the Select Committee ran briefings for petitioners and Rona had attended in October and found it useful. Chris Langton had also attended a session.  The overriding message was the need to coordinate and reinforce rather than repeat points.

Petitions were to be heard from the Village Hall committee, BGRA, plus Parish Council, the school and the Greenway Trust.

The order in which petitions will be heard was announced recently. Rona was to contact the clerk to ask if all these organisations could present on the same day.
Action: Rona

It was emphasised that groups needed to be explicit about what was wanted and that this was the village's last chance.

Chris had done an interesting audit of properties in the village vacated, sold to HS2, since let etc. Chris was to be asked if this document was confidential or could be circulated with the minutes.
Action: Janet
Post meeting note: information in the public domain and copy available.

Vaughan said it was important to check if any students rented out houses because there were different regulations for student lets.

Forty individuals had petitioned. Archie had summarised the points in all these petitions. Chris Langton was analysing the topics. It was queried whether there would be support for individual petitioners. The Select Committee liked people to be there in person but those with the same issue could be heard on the same day. The first petitioner could put the case and if necessary, others could just concur. They were still counted as petitioners even if they didn't speak themselves. Groups should be working together to present a compelling, clear case and support individual petitioners. Rona felt the Staffordshire petitioning session she had observed was quite nurturing and not intimidating. Any further information was to be sent two days in advance together with any PowerPoint presentation which would be used.

7. Update on and discussion of Residents’ Association initiatives and issues

28th September WW1 tea: this had been discussed under treasurer’s report. Thanks were recorded to Judi's mum for washing up.

Oct 31st lunch: This had been successful. Each attendee had paid £5 for fish and chips and apple pie. The only complaint was that the portions of chips were too large!

Nov 21st quiz for 10-13 year olds: Faith and Eileen were preparing this. Various pupils in the village had been approached to disseminate information on the school buses. The Hall was booked and pizza would be served. Mary and Rona were organising the food.

Christmas tree. Rona would see if Diane thought it appropriate to ask the Barnes family if they could donate a tree again. Lights were in stock and the hall booked for Dec 16th
Action: Rona

Carols round the tree, mulled wine and mince pies. This event had been arranged for Dec 16th at 7:30 by the tree. All residents were welcome and individual members of the choir particularly to support the singing. The Village Hall was to be available from 8pm and Peter Stanworth had agreed to make mulled wine. Carol sheets were to be borrowed from Barbara Gardener.
Action: Rona

Welcome pack. Judi suggested the original sheet could be much briefer with links to all relevant bodies. Once completed, it could be made available to new residents along with a copy of the Parish Plan.
Action: Judi

Website. 18 months ago a decision had been made that BGRA would investigate the possibility of having its own website once funds became available. On reconsideration, the committee unanimously agreed another website would be superfluous as it could not match the comprehensive information provided by John Webb on his excellent website.  It must be acknowledged that this was the site belonging to a private individual but always included community information.  It was agreed that BGRA could look at also having a page on the Parish Council website with contact details, information about the Bugle etc. Vaughan would consider this at an appropriate time as he envisaged changes to the Parish Council website in the near future.
Action: Vaughan

A number of actions were being pursued including Broadband, student empowerment, transport to hospitals and GPs for the elderly, buses etc. Rona summarised the actions taking place and highlighted that some further developments were dependant on the Neighbourhood Plan which was on hold until the spring. Parish Councillors were also considering their responsibilities with regard to the Plan.

Judi agreed to contact the Greenway group to express concern about cyclist behaviour. The "Share with care" approach was not followed by many cyclists. It was recommended John Whitehouse should be asked about the role of rangers.
Action: Judi

It was agreed that the new benches on the Greenway were much appreciated.

Vaughan asked if there were any ongoing maintenance/infrastructure matters in the village. This would be discussed at next meeting as Vaughan implied he might be able to access more funding.
Action Judi

There was nothing more to report. The next stage of compensation was supposed to be ready in Deceminer with proposals as already suggested. There was likely to be another tranche of people likely to leave the village at that point. A total of 60 people were directly affected but not all would choose to leave.

HS2 action group was still working hard on our behalf and thanks were given to them.

Vaughan reported that the Parish Clerk had resigned and temporarily he should be stated as the contact point.
Action: Judi

A letter about the gypsies and travellers preferred options consultation was circulated by Rona. This did not directly affect Burton Green.

Broadwells Wood site. Enforcement notices were being issued regarding hedges and land removal as the developers did not have permission to carry out much of the work. The legal position was being considered. Some residents were concerned by the bright lights on the site.

Terry asked about deliveries causing danger when park homes were stationary on Red Lane and waiting for entry. There had been no traffic control. Vaughan was asked to raise the issue of traffic control. This was likely to be an ongoing problem as more were delivered.
Action: Vaughan

David Wilson homes had expressed interested in developing on the former Electricity Sports Field. The Parish Council had turned down their offer to present at a meeting. Encroachment from Coventry was a problem and all needed to be vigilant.

Allan Hawkins attended. He said that until recently Burton Green had not been earmarked for Superfast broadband. Now it was considered that areas where if less than 100 per cent coverage was available, Superfast broadband should be implemented. Allan said the BT exchange was digital ready but our area was not considered essential. Fibre optic cable had to be installed and connected to the roadside box. Our box was at the junction at the top of Red Lane. Allan said residents could petition BT to say residents were willing to sign up. Costs would be in the region of  £25-30 per month. Cllr Hickinbottom had spoken to an engineer working on the Red Lane box and had been told Burton Green would be connected in April 2015. Allan agreed to follow this up to see if this date had been established.
Action: Allan

Allan was thanked for agreeing to be our advocate in this matter.

A letter of thanks had been received from John and Eileen Nisbet regarding work carried out by the BGRA to oppose the solar farm proposal.

The 30mph limit was likely to be implemented by the end of January 2015.

The roadworks at the university were impacting on traffic through the village.


13. Date, time and venue of Next Meeting

The next committee meeting would take place on Jnuary 20th at 7.30p.m.at the Village Hall. 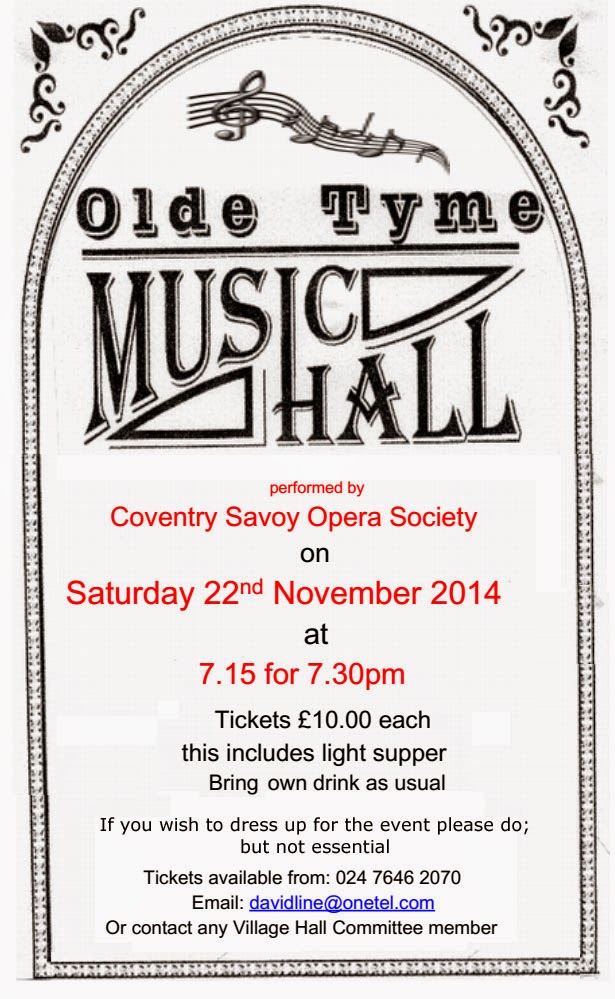 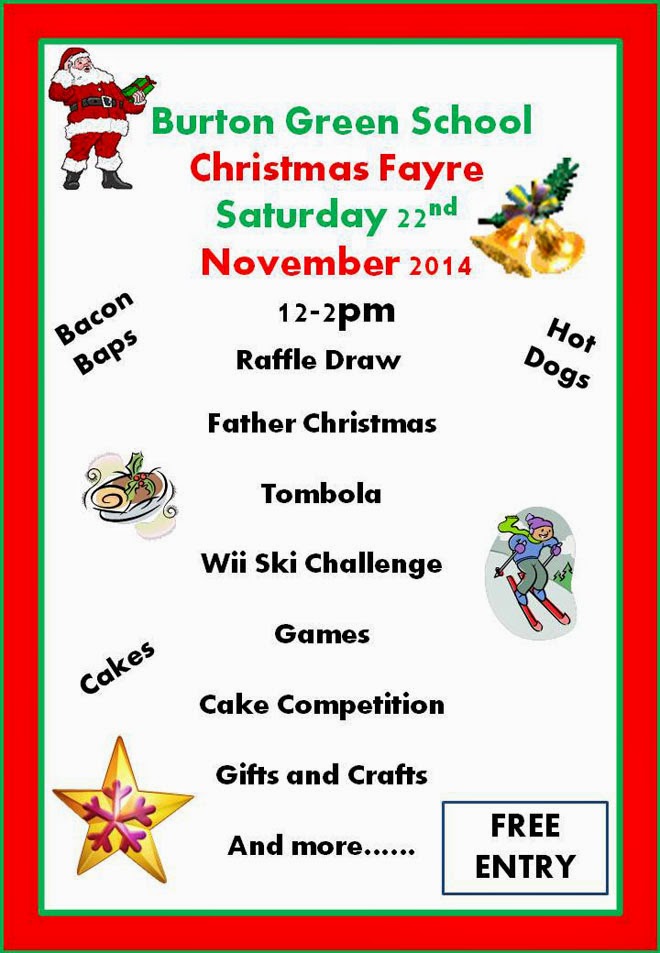 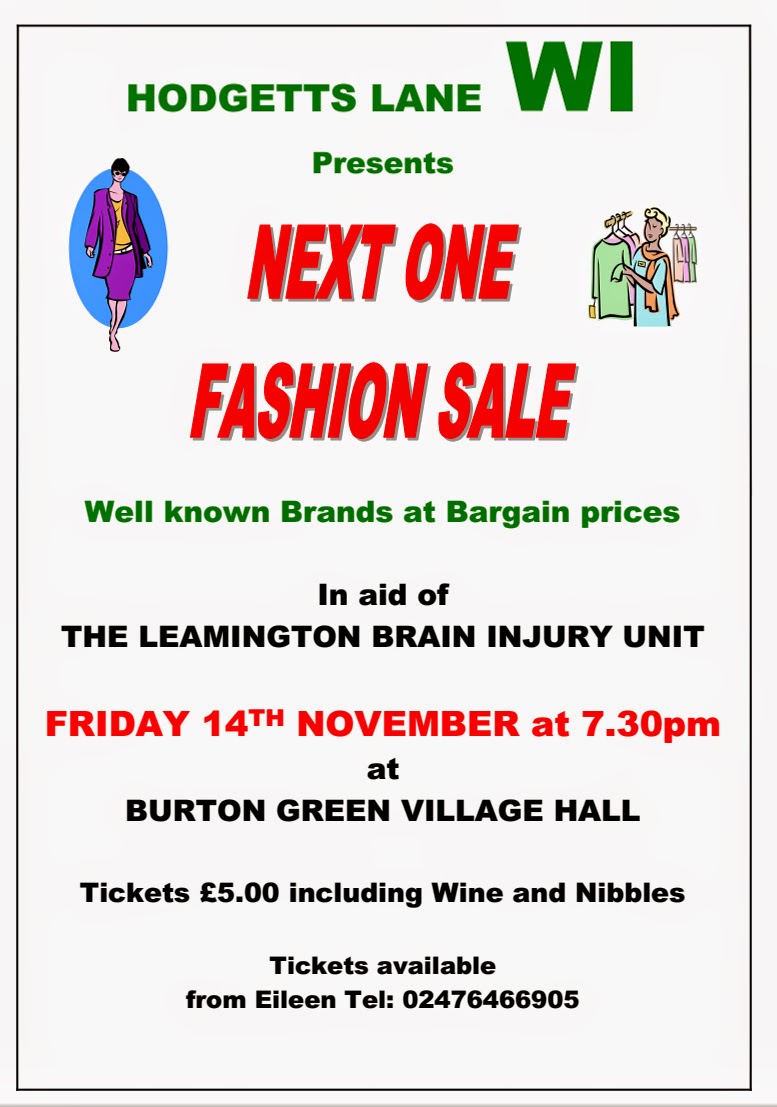 The official decision of Solihull Council has been posted on their website. The decision is at the bottom of this page:
http://ww2.solihull.gov.uk/planning_new/dc/ViewAppdetail.asp?Y=2014&R=1212

The reasons for the decision are: