CALA Homes are inviting local people to comment on proposals for a development of 83 new homes at Burrow Hill Nursery.

A community consultation event is being held, where representatives from CALA Homes and their specialist consultants will be on hand to discuss the proposals and answer any questions you may have.

This will be your chance to have your say on the proposed development before a planning application is submitted to Warwick District Council. 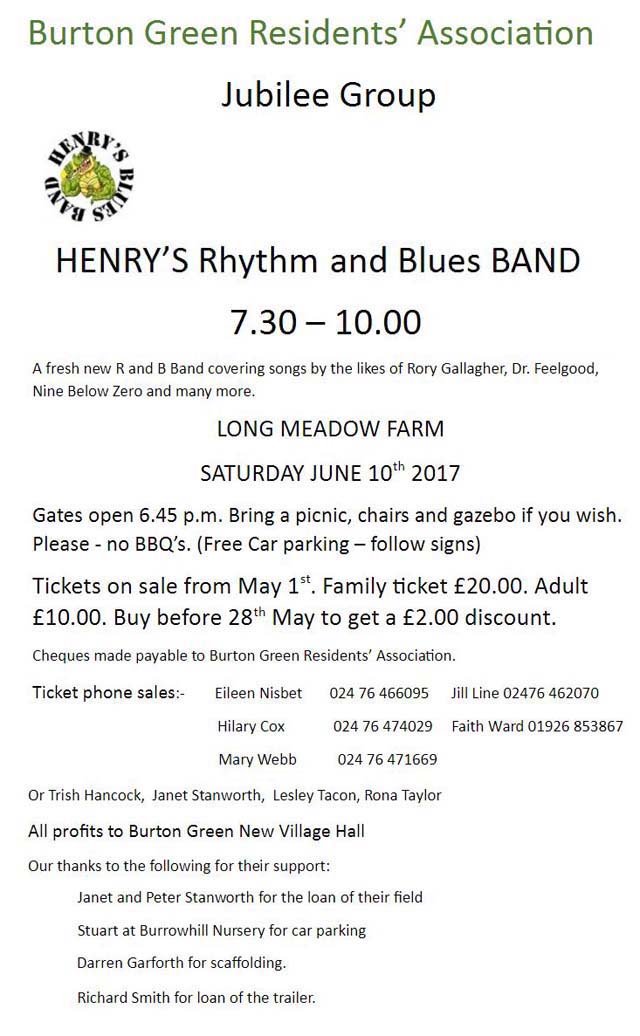 Following the Ransomware cyber attack on Friday 12 May, which affected the NHS and is believed to have affected other organisations globally, the City of London Police’s National Fraud Intelligence Bureau has issued an alert urging both individuals and businesses to follow protection advice immediately and in the coming days.
Ransomware is a form of malicious software (Malware) that enables cyber criminals to remotely lock down files on your computer or mobile device. Criminals will use ransomware to extort money from you (a ransom), before they restore access to your files. There are many ways that ransomware can infect your device, whether it be a link to a malicious website in an unsolicited email, or through a security vulnerability in a piece of software you use.
Key Protect messages for businesses to protect themselves from ransomware:
The National Cyber Security Centre’s technical guidance includes specific software patches to use that will prevent uninfected computers on your network from becoming infected with the “WannaCry” Ransomware: https://protect-eu.mimecast.com/s/rW64Bh0Z1VIr
For additional in-depth technical guidance on how to protect your organisation from ransomware, details can be found here: https://protect-eu.mimecast.com/s/ZOVWBIKvQaFl

Phishing/smishing
Fraudsters may exploit this high profile incident and use it as part of phishing/smishing campaigns. We urge people to be cautious if they receive any unsolicited communications from the NHS. The protect advice for that is the following:

Don’t disclose your personal or financial details during a cold call, and remember that the police and banks will never ring you and ask you to verify your PIN, withdraw your cash, or transfer your money to another “safe” account.
If you have been a victim of fraud or cyber crime, please report it to Action Fraud at https://protect-eu.mimecast.com/s/meWgBFNOQlIv
Posted by John Webb No comments:

The meeting was preceded by a presentation to John Whitehouse to mark his retirement as a Councillor and in recognition of his tremendous service to and interest in Burton Green and our community.

Apologies had been received from Diane Swindells; Judi Hibberd and Cllr Caryll Green

The minutes of the previous meeting of March7th 2017 were approved.


Regarding the hedge at Broadwells, I have spoken to the enforcement planning officer at Warwick District Council and he is supposed to come back to me having unearthed the documents.  He told me over the phone that requirements to reinstate a hedge are comparatively rare and depend on the type of hedge.  He is going to look it up to see if there was a stipulation on the planning documents. If any of the res Assoc members has a document which shows that reinstatement was insisted upon, I would be glad to see it.

It was stated that Cllrs Coker and Illingworth agreed there was a document containing this information. Subsequent to this report, it was believed a new hedge of whips had now been planted.
All other matters arising were to be part of the agenda.

A report had been circulated. Since the last meeting, expenditure had comprised £50 donation to the choir; £70 for the painting and frame as the gift to John Whitehouse; £170 Bugle printing costs.
Income consisted of £1.50 from the sale of bin stickers and £30.63 profit from the most recent lunch event.

Thanks were given to Dianne.

There was no report.

Andy said the only matter concerned the compensation available to residents in a number of bands marked at different intervals from the proposed line. He agreed to write an article for the Bugle.
Action: Andy

The situation with the hedge at Broadwels Wood had been covered under Matters Arising.

The next meeting would take place on July 11th 2017.
Posted by John Webb No comments:

A presentation has been held at the Village Hall detailing the first phase of proposed new housing developments along Westwood Heath Road. The information from that presentation can be viewed in full at the developer's website here:
www.westwoodheathroad.co.uk.

This map (from the link above) shows the present design proposal: 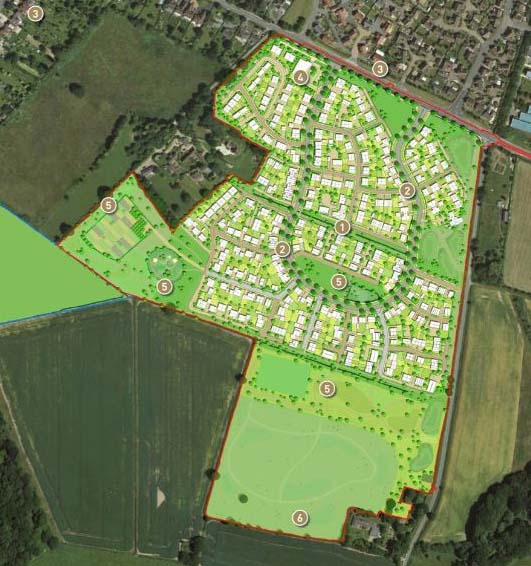 A summary of all of the other planning proposals affecting the area is here: https://burtongreen.blogspot.co.uk/p/burton-green-planning.html
Posted by John Webb No comments: