There is a long list of independent shops and restaurants who offer food deliveries in Kenilworth, which is publicised by Kenilworth Town Council here:
https://www.kenilworthweb.co.uk/need-a-home-delivery/

The Bakers Dozen has a wide selection of bread and cakes and is also selling flour and eggs.

The bakery has lost its wholesale business, and is now delivering its own produce to local elderly. There is a Tesco Express next door to the shop, and provisions from there can also be provided and delivered to the vulnerable who are self-isolating.

There is a list of small independent shops and restaurants in Coventry who offer food deliveries here. It is not clear whether all of those deliver to Burton Green

Coventry Wholesale Meats normally supply the restaurant trade with red meat, poultry, and fish. They are now providing an online order and delivery service for domestic customers throughout the Coventry area, including Kenilworth. Online ordering may be temporarily suspended when demand is excessive.


Bakers (and eggs and milk) 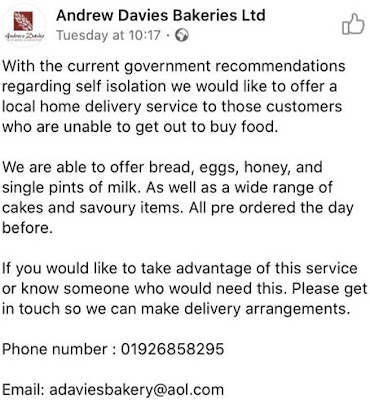 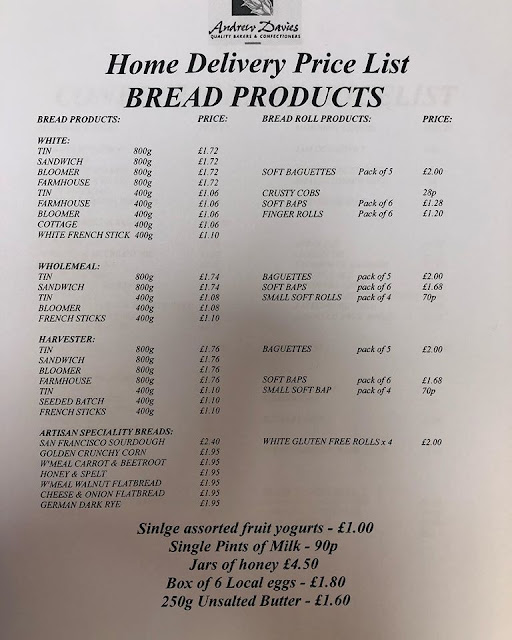 Stodds - collection only from Kenilworth Market on Thursdays

Due to the coronavirus the service to and from Coventry is being reduced to a two-hourly service. The buses will run at the same times as previously, but only at 2-hour intervals. 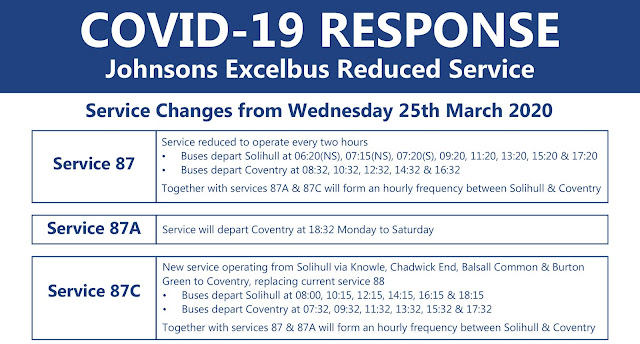 To use this group, sign up to Facebook (which is free), and search for Burton Green Residents Association

As of Thursday 26th March 68 residents have joined the group.

The VE Day planning group has cancelled the celebrations for May 8th and the event will be rearranged for a later date if at all possible.

A short film about life in Burton Green during WW2, which was intended to be shown during the VE Day tea at the village hall, will now be posted on YouTube some time in May.

It is still hoped to get the 'V and E' letters up on the Jubilee Verge to mark the occasion.

The visit to the National Memorial Arboretum has been cancelled and this has provisionally been rearranged for September 22nd.

In line with recent Government guidelines The Trustees of Burton Green Village Hall have closed the premises for the foreseeable future. This is  inline with other social & public buildings.

Thank you to all users and hirers. We hope to see you when the Government announcement it is safe to return to social gatherings etc.


The Art Exhibition originally planned for Easter is cancelled and may take place at a later date.

Firstly, there is the long term effect of home working and teleconferencing, which may reduce the future demand for rail travel.

There's a similar, though more in depth, article about the long term effects of home working and teleconferencing in The Telegraph.

The Telegraph article is a Premium article so you may not be able to read the entire article. Some interesting paragraphs are:

The healthier of our railway franchises depend on the sale of season tickets to maintain their farebox (one of the reasons why the East Coast franchise has consistently run into trouble is the low demand for season tickets on that service). And yet, in the third quarter of the 2019/2020 financial year, despite constant and record-breaking growth in overall passenger numbers across the network, season ticket sales were at their lowest since 2010/2011. Season ticket revenue accounted for 33.7 per cent of all franchised journeys between October and December 2019 – the lowest share since records started being kept in 1994.

In other words, even before this current crisis, home working had become popular enough to start making a difference to season ticket sales: why pay thousands of pounds a year to travel Monday to Friday when you know you’ll be at home on at least one, perhaps more, of those days every week?

And then we have the economic impact.

The government had been intending to raise the £100bn to pay for HS2, not from taxation, but by borrowing. Until very recently the UK government had been able to borrow money on international markets at very attractive rates of interest (almost zero).

That situation has now changed. This is a clip from BBC News, explaining that rates of interest charged on UK government borrowing have suddenly increased, giving the Chancellor a big problem: :

There were 27 reported burglaries, or attempted burglaries, in Burton Green during 2019. Those incidents are detailed here:
https://burtongreen.blogspot.com/2019/07/more-garden-burglaries.html

There is a page of home security advice here:
https://burtongreen.blogspot.com/p/home-security.html

Please be aware that at around 1800hrs on Tuesday 17 March 2020 offenders smashed a panel of the front door in an attempt to gain access to a property at Cromwell Lane, Burton Green, Kenilworth. The offenders did not enter the property as they were disturbed by the property owner causing the offenders to make off from the address in a black Vauxhall saloon. This is incident 347 of 17 March 2020.

Please be aware that between 1400hrs and 16.30hrs on Friday 18 January 2020 offenders have smashed the rear patio doors and rear kitchen window of a property at Oak Tree Close, Burton Green, Kenilworth. It is not clear at this stage what, if anything, has been stolen. This is incident 290 of 18 January 2020

Please be aware that between midnight and 0900hrs on Tuesday 14 January 2020 offenders have have forced off the lock on a front door of a property at Hodgetts Lane, Burton Green, Kenilworth. The door was damaged but no access was gained to the property. This is incident 88 of 14 January 2020

The March 2020 edition of the Bugle has been published.

Apologies had been received from Dianne Adams, Helen Hehir and Mary Webb

The chair of the Village Hall committee had sent her apologies.
The trustees were still waiting for specifications to be finalised to go out for tender regarding the new village hall.
It was suggested the trustees be contacted regarding the re-siting of the defibrillator at the new village hall. Would it be accessible and how would the emergency services enter if a barrier was in place?
Post meeting note: Hedgerow Nursery had recently purchased a defibrillator for community use and a refresher training session would be held soon.

A report had been circulated. Rona outlined the details. Total funds amounted to £5087.09. The only expenditure since the last meeting was the Christmas card prizes at £40 and deposits for two visits arranged by Mary (to the Phantom of the Opera and the National Memorial Arboretum.)

Income had been received from the Parish Council grant (£2100); £64.27 profits from the lunch; and £363 payments towards the visits detailed above.

Judi was to write to thank the Parish Council for its recent grant.


5. Update on and discussion of Residents’ Association initiatives and issues

Requests for cakes were made. Wartime recipes would be distributed. Action: Hilary
Help with refreshments on the day would be appreciated. Action: All
An item would be added to the school newsletter. Action: Faith
An item would be added to the Bugle as bookings would need to be taken for refreshments. Action: Mary
A request was made to the committee for funding to manage the event but this would be paid back as the event would be charged at £3 per head, £1 for children. This was agreed.
Should new residents receive a special invitation? It was decided a different welcome event would be arranged later in the summer for any new residents.

There was nothing to report.

The PC had discussed a number of matters including a proposal to increase the size of the Tile Hill station car park; the Neighbourhood Plan; the Crest Nicholson building site on Westwood Heath Road (where house building was now unlikely to begin until the autumn); the demolition of the air raid warden’s shelter which had taken place in Red Lane; and a proposition for an emergency plan.

Most Viewed Posts During Past Month