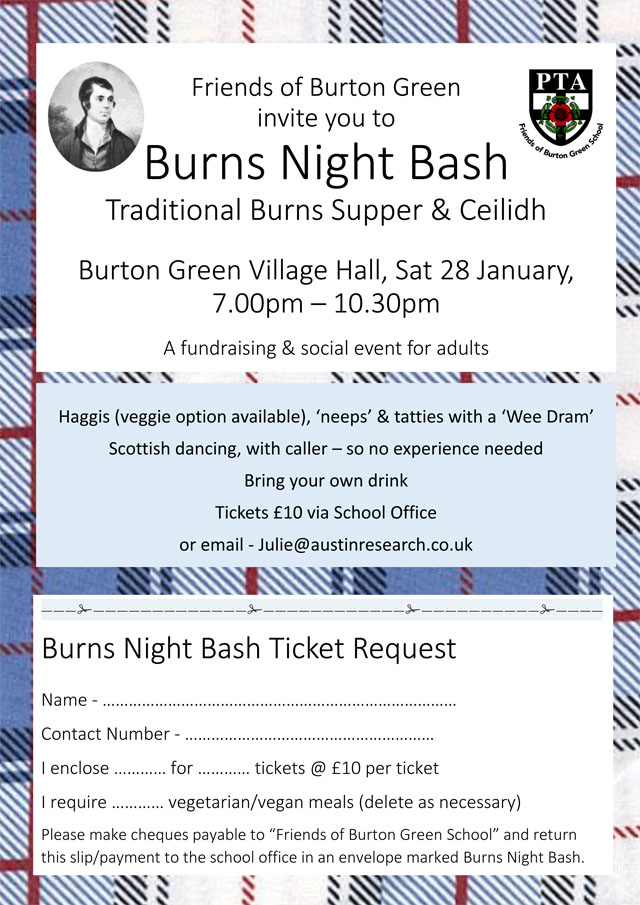 Apologies had been received from Andy Gibbs and Cllr Caryll Green.

The minutes of the previous meeting of November 17th 2016 were approved.

Approach PC for full costs of Bugle printing: Rona had not had chance to do this but would now prioritise it.
Action: Rona

Article on walking group for Bugle
Cllr. Taylor had been in touch with Cllr Richard Lloyd of Berkswell and Balsall and hoped to invite him to a parish council meeting to discuss footpaths. Cllr Green was also arranging to meet with Jackie and Mike Lynch who had responded to an enquiry about a footpath group.

Cromwell Lane car parked on pavement to be raised at police surgery: this matter had been resolved.

Arrange distribution of 30mph stickers with the Bugle: this was underway.

A report had been circulated. Dianne went through it and explained that £88.20 had been spent on stickers and £40 worth had been sold already.
Gifts of thanks had been purchased for all those involved in the Christmas tree.
Mary would provide the bank statement for Dianne.
Thanks were given to Dianne.

There had been major problems with the water supply in parts of the village over the Christmas period. Workmen tackling the issue had made a mess of the Red Lane verge and broken a fence. This all needed to be made good. Rona would ring the person concerned and ask for an update. Nothing more had been heard since the previous Friday when he had explained that Western Power thought it had resolved the problem but found this was not the case and so the generator was back in use while the pump was out of action.
Action: Rona

The matter of personal compensation was queried. It was felt both personal and community compensation should be sought. Mary agreed to pursue the latter, suggesting £500 to include enhancement of the new Village Hall and the next Calibration of the speed gun.
Action: Mary

A meeting was to be convened at a later date about the water problems.


"Thank you for your email and the feedback given. It’s always nice to receive positive feedback and I’ve fed this back to those involved in your case.

I’m pleased to see that the issues you and the other residents have been experienced should be resolved soon. I was concerned to learn that Western Power were not able to fix the fault last week, but I’d like to assure you that we’re working with them to help identify the faults so that it can be repaired as soon as possible.

My team also assures me that whilst the investigation is ongoing we do have a process in place to keep supply disruption to a minimum.

In light of the inconvenience caused by the supply interruptions and sewer blockages I’d like to make a gesture of goodwill offer of £500.....”

The next meeting would take place on March 7th 2017.