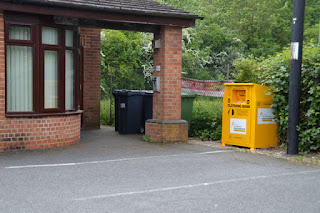 A clothing bank has been installed just outside the Village Hall.
The bank accepts clothing, sheets, towels, blankets, curtains, and paired shoes. 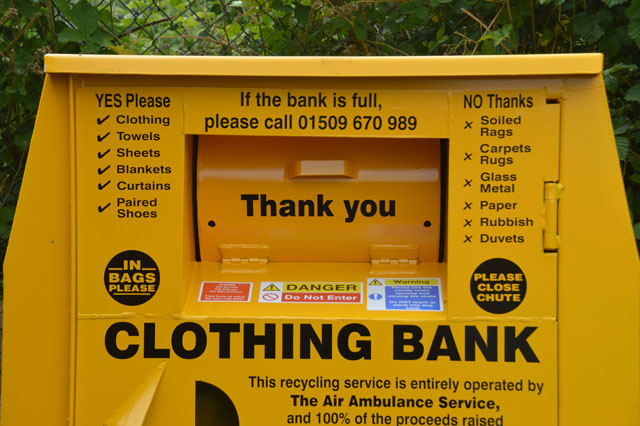 All proceeds from the sale of the fabrics go to the Air Ambulance.

Please ensure that items are placed inside the bin and not left in the car park.


The Air Ambulance in Hodgetts Lane

This is the air ambulance parked in a field in Hodgetts Lane (24th May 2018). We believe that this may have been evacuating a patient from one of the properties in Hodgetts Lane... 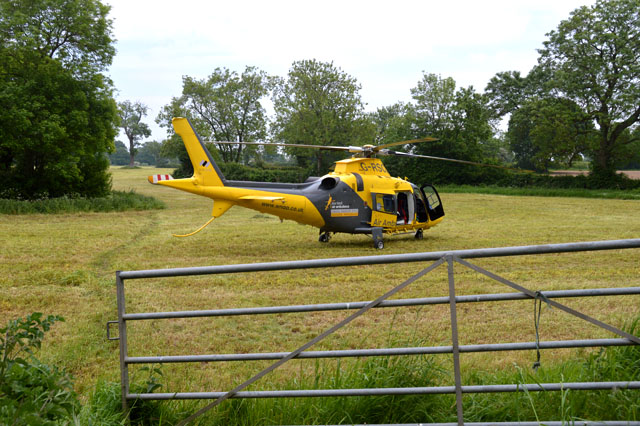 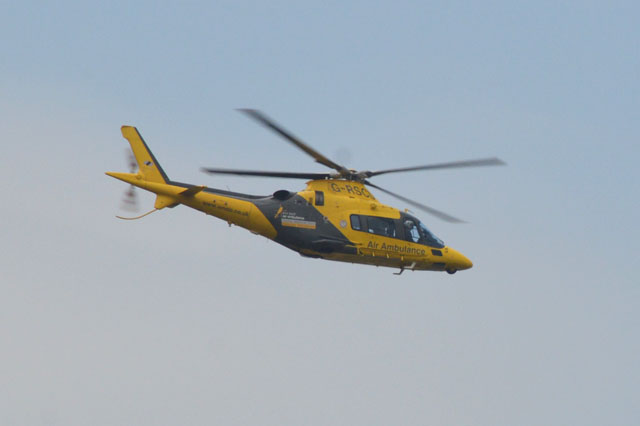 Please join us on
Friday 18th May at 7:30
to celebrate our
5th Birthday

Joined by our young guests in
A string Quartet

Enjoy a medley of songs,
homemade puddings and desserts
plus
a complimentary glass of Pimms
during the interval

BYO Drinks and Glasses
£10 adults, £5 students and small ones free
Posted by John Webb No comments:

Apologies had been received from Hilary Cox and Faith Ward.
Sincere thanks were given to Judi for accommodating the meeting at short notice because of double booking of the Green Room. Vic had sent an apology.

The minutes of the March 13th meeting were approved.

A report had been circulated. Dianne explained the various items. The total funds stood at £2880.63.

Expenditure since the last meeting related to a £100 donation to the Village Choir (following an unsuccessful application to Kenilworth Forum); purchase of salt and pepper pots for use at the lunches; and £170 for the printing cost of the Spring edition of the Bugle.

Profits from the Residents’ lunches amounted to £60.18. Funds had also been received from Warwick District Community Forum and Burton Green Parish Council to cover the total cost of calibration of the Speedwatch gun.

General Data Protection Regulations - our actions:
It was accepted that there was much confusion (generally, not just locally) about procedures to be followed. Several committee members had carried out research with differing conclusions.
It was agreed that Judi, Paddy and Dianne would meet to decide on necessary actions and report back to the committee.
Action: Judi, Paddy and Dianne

Lunch. For Retired of Burton Green - May 18th:
Mary had scheduled a meeting with Diane to discuss the details of the next lunch. Help would be needed at this event.

Jubilee Group feedback on plans:
An afternoon tea and entertainment event was scheduled for July 1st from 3-5p.m. Mr Twister had been booked at a cost of £250 and tickets would be charged at £10 for a family or £5 per individual. Again, support would be needed with the teas. It was hoped that the event would break even. It would be advertised in the June edition of the Bugle.

Paddy suggested she might send the Bugle round electronically and John Webb was always kind enough to highlight events on his Village website.

There was no Village Hall report. The Village Hall committee was still heavily involved with discussions about the new Hall. Paddy was concerned that the temporary Greenway was to be re-routed but that this was not reflected on the current Village Hall planning application. A presentation was to be made at the next Parish Council meeting.

Cllr Caryll Green was attending for the last time having resigned from the Parish Council on reaching her 80th birthday. She reported that Cllr Vine had also resigned having reached the same milestone. Two new potential councillors had volunteered themselves and their positions should be ratified at the next Parish Council meeting.

The Burrows Hill planning application had been agreed with a number of provisos. Mains sewerage was discussed, and Andy said that pumped sewage constituted mains sewerage. 40% of Homes were to be “affordable.”

The Westwood Heath Road sites had been postponed because of the designation of an ancient monument. This was the result of research and work by a resident in Bockendon Road. Mary reported that she had heard of plans to preserve the ancient Bockendon Woods.


Rona reported that she had represented BGRA at a special assembly at the school to mark its transition to an Academy. The Bishop of Coventry had conducted a service.

The next committee meeting was scheduled for July10th 2018

There will be a public drop-in consultation to be held on 23rd May, 3pm-7pm, at the Arden Conference Centre, University of Warwick.

You can click on this image to enlarge it... 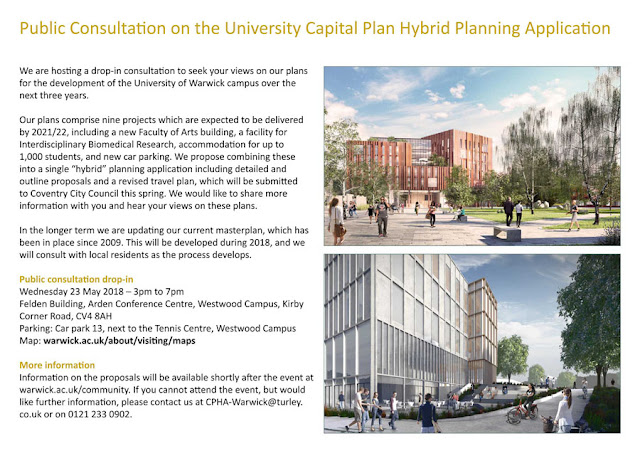