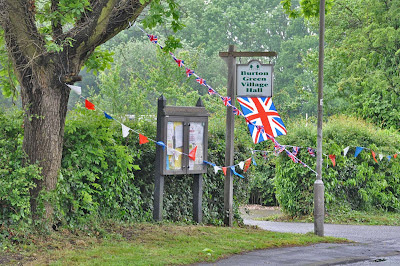 These photos and videos were taken during the Queen's Diamond Jubilee Celebrations at Burton Green. 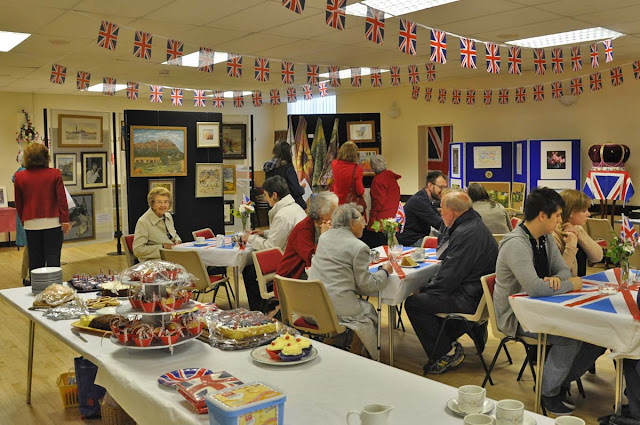 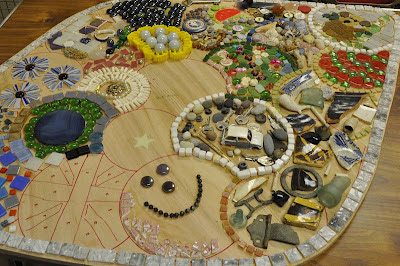 A series of 3 mosaics is being constructed under the guidance of local Resident Helen Clues.

These mosaics will ultimately be erected at a site in the village, outdoors.

In this video, Eileen Nisbet, and Helen Clues, talk about the Jubilee Mosaic... 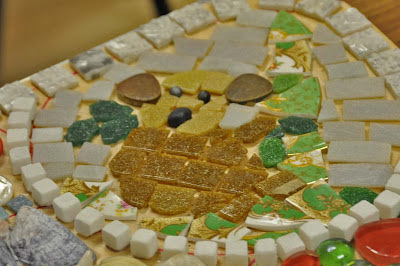 Art on the Greenway 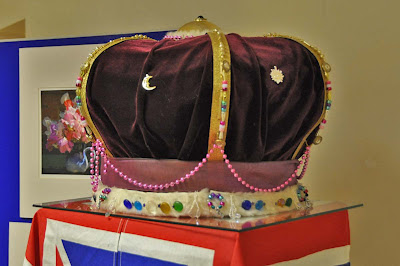 Art on the Greenway is an exhibition of various forms of art, by local artists.

This Crown was made for the Jubilee by local resident Elizabeth Thompson. 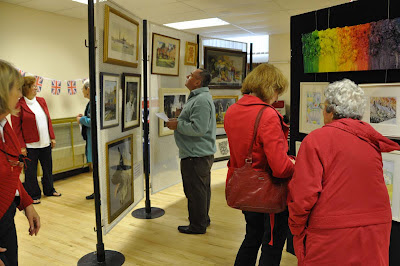 The exhibition has been organised principally by Marlene Hills, on behalf of The Friends of the Greenway.

Many of the exhibits are for sale, a percentage of proceeds going Friends of the Greenway and the Village Hall.

In this video Marlene Hills speaks about the Greenway, and shows us briefly round some of the exhibits...

A large piece of embroidery, a flower design, by Sheila Rowley. 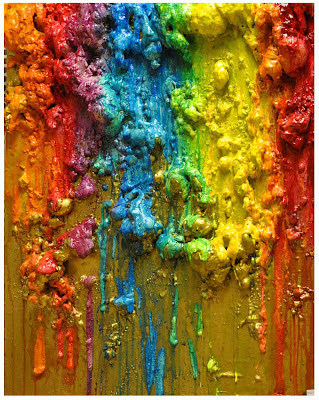 This was a very bold and striking piece.


Local History Exhibit - the Past 60 Years in Burton Green 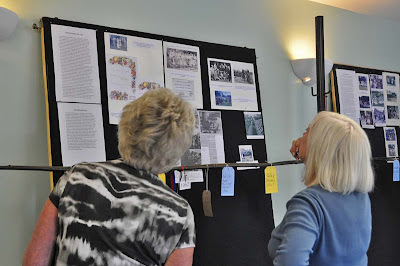 An exhibition showing the history of Burton Green during the Queen's reign has been organised, principally by Janet Stanworth.

In this video, Janet Stanworth talks about the exhibition... 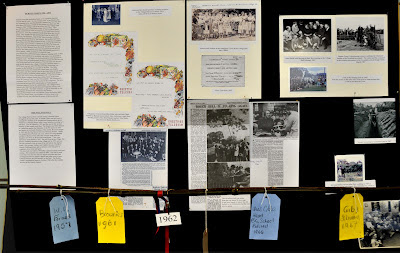 You can click on this image to enlarge it. Your browser may or may not allow you to enlarge the image sufficiently so that the typed text can be read. Alternatively, save the large image and view it separately. 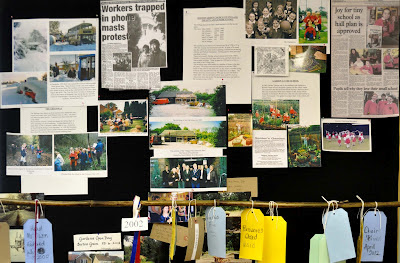 This image may also be enlarged.

The Bring-Your-Own Jubilee Picnic was held on the school sports field... 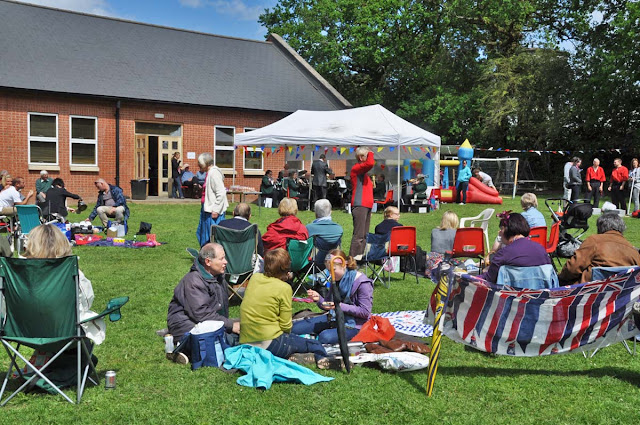 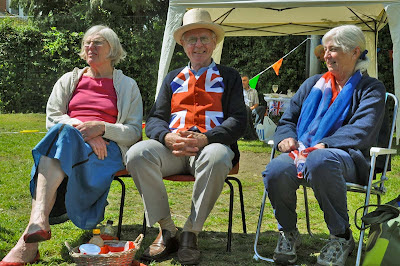 Janet and Peter Stanworth, suitably attired for the occasion. 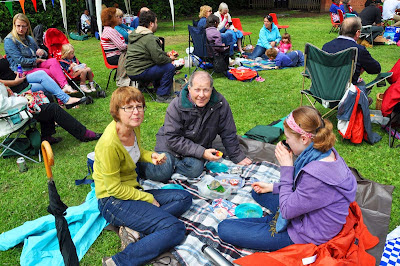 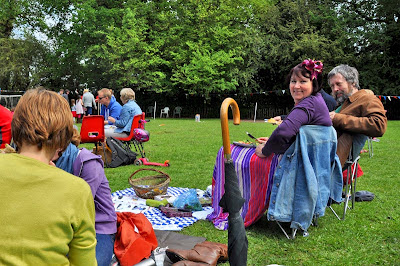 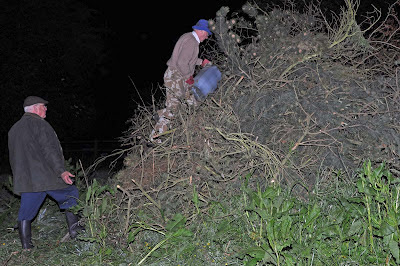 Our Official Jubilee Beacon was at Long Meadow Farm.

This is one of the highest points in Warwickshire with a clear view over the Avon Valley below.

Peter Stanworth climbs a ladder and dousts the Beacon with acclerant. 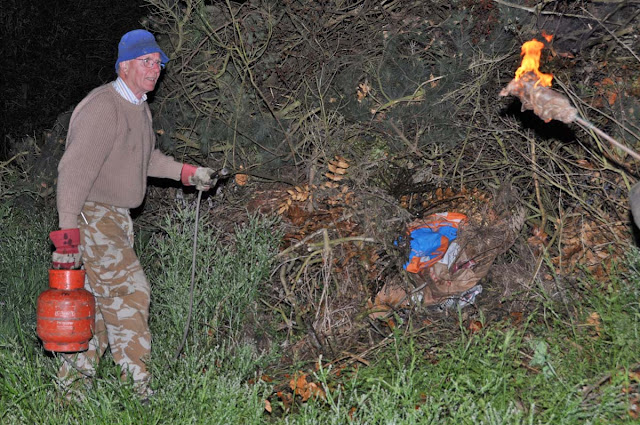 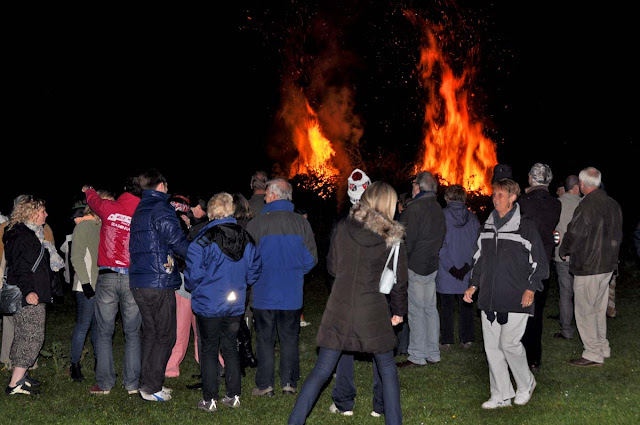 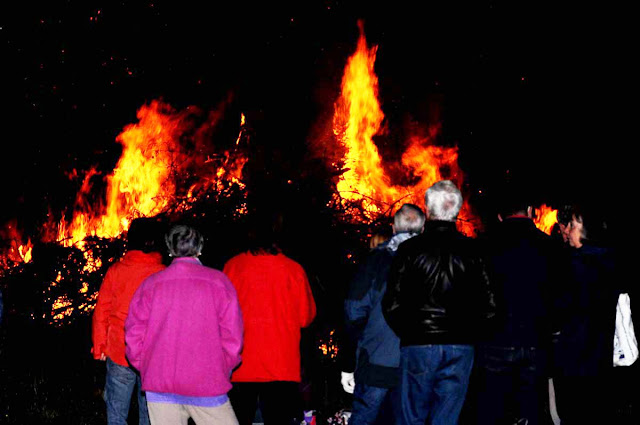 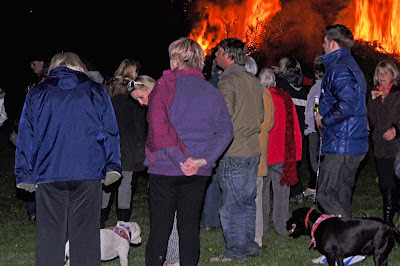 These people are looking to the left, away from the fire, because this is where the view is, across and up the Avon Valley. We should have been able to see several other beacons. 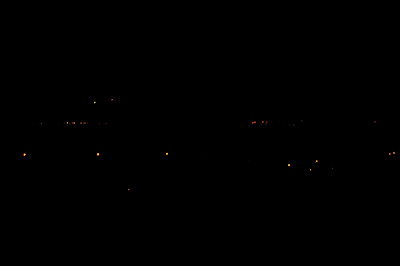 This is the best photo I could get (using a telephoto lens).

With the naked eye it was almost impossible to tell if any of these tiny dots were beacons. The rows of dots that form straight lines are road lighting, possibly the A46 between Kenilworth and Coventry.


More scenes of lighting the Beacon on this video...