HS2 have produced a series of documents referred to as Planning Contexts outlining the planning approval timescales and including some additional detailed maps showing construction compounds etc.

The document covering Solihull (which includes the Western edge of Burton Green) is here:
https://www.gov.uk/government/uploads/system/uploads/attachment_data/file/642659/hs2_planning_context_report_for_solihull.pdf

This is a description of the works as they affect Burton Green:


The final section of the route within Warwick District, between the Canley Brook viaduct and Burton Green, is approximately 2.9km continuing in a north-west direction. The route will alternate between embankment and cutting as it passes between Crackley Wood and Roughknowles Wood. Crackley Lane will be realigned to cross over the line on a new overbridge, along with the realignment of a section of Cryfield Grange Road. The Roughknowles Wood cutting will extend for 830m up to South Hurst Farm, followed by the Broadwells Wood embankment for a further 1.1km. In this area footpath W167 will be realigned to join footpath W168 and a new underpass underneath the route.

The route will then proceed through the Bockendon cutting over distance of 440m, followed by the Black Waste Wood embankment before it reaches the south portal of the Burton Green green tunnel adjacent to the village.

A balancing pond will be constructed to the south of the cutting, along with an ecological mitigation area. Where the route converges with the Kenilworth Greenway, just before the tunnel south portal, the Greenway and footpath W169 will be realigned to pass to the south-west of the tunnel portal, over the green tunnel and then climb up to Cromwell Lane in Burton Green, close to the boundary between Warwick District and Solihull Metropolitan Borough. A tunnel services area will be developed adjacent to the south portal, to include a building, emergency assembly area and an access road from Bockendon Road.

The Burton Green green tunnel will be a 621m tunnel crossing the boundary between Warwick District and Solihull Metropolitan Borough as it follows the line of the Greenway. The tunnel will begin with a porous portal at the southern end. Cromwell Lane in Burton Green will be replaced on its current alignment over the green tunnel and footpath W182 will be reinstated to pass over the tunnel on completion.

The Kenilworth Greenway will be realigned to pass along the top of the green tunnel and then along the south-west of the line of route, as it moves into Solihull Borough. New planting will be provided and the Greenway will cross underneath Cromwell Lane.

The scheme will involve the demolition of Burton Green village hall on Hodgett’s Lane, which is within Warwick District. A new village hall will be constructed on a replacement site located to the south of the tunnel south portal on Red Lane.

Construction activities will begin in 2017 and take place for approximately five years, after which several years of systems commissioning will take place up to and during 2025.


All of the following plans and maps can be enlarged by clicking on them: 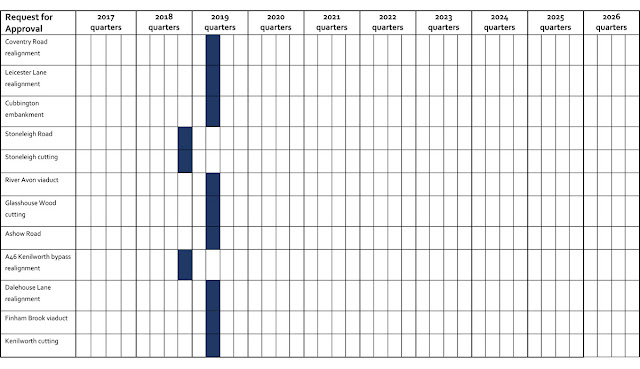 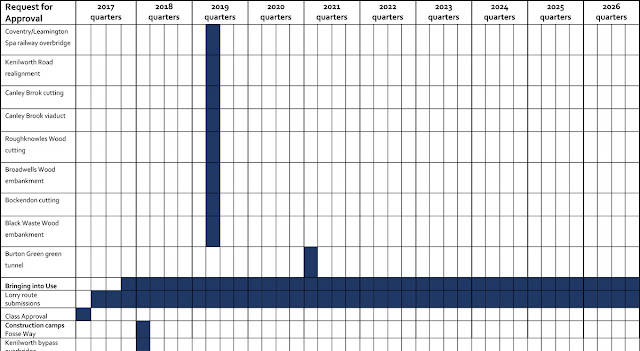 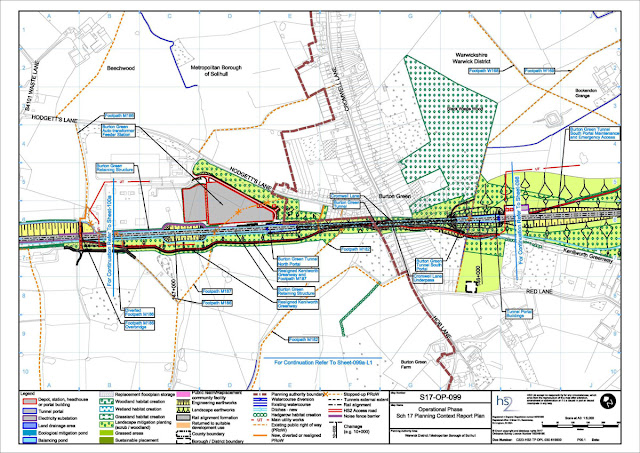 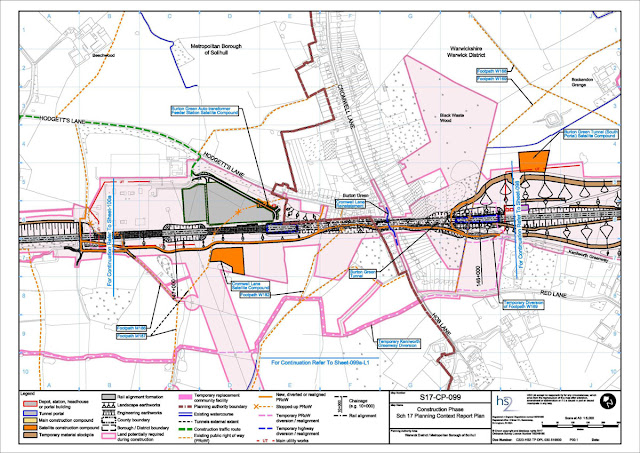