There have been four daytime burglaries in Cromwell Lane and Westwood Heath in the past fortnight. Residents are urged to be vigilant and to report any suspicious visitors or vehicles.

A property in Roughknowles Road is believed to have been burgled between 16:00 and 19:30 on Monday 19 February.

It is believed the burglars climbed up the side wall to enter the garden and then attempted to break through several doors and windows before getting into the lounge. They left by breaking open French doors from the lounge and then climbed the side wall or side gate again to leave.

The burglars ripped the internal alarm speaker off the wall; the outside alarm must have been sounding as it had been activated and people must have heard it.

There was a daytime burglary in Cromwell Lane, on Thursday 15th February:
https://www.warwickshire.police.uk/44130 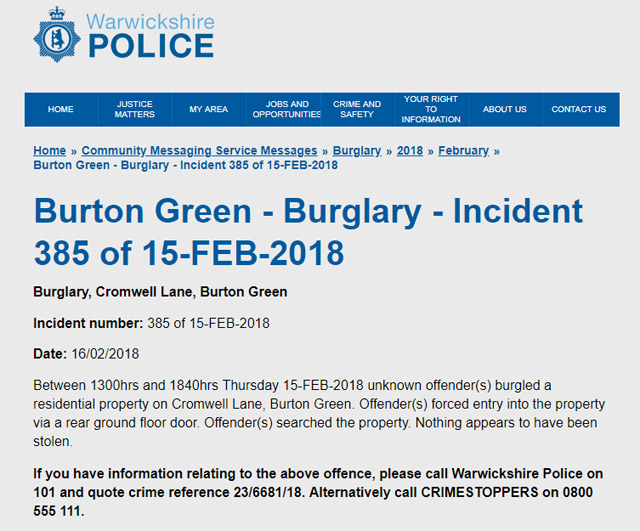 A serious burglary occurred in Cromwell Lane on Monday 5th February. At approximately the same time an attempted burglary was reported in Whitefield Close, Westwood Heath.


On Monday evening, 5th Feb, at around 5.15pm, so just getting dark, someone  went up the front drive to a house.

They tried to disable a  security light which covers the drive way and  managed to cause damage to the PIR sensor in the process but forced the light to face upwards.

They then climbed over the entry gate at the side of the property and with an implement of some kind, they proceeded to force the pad locked gate bolts from their mountings on the inside of the gate.

The owners were actually in the property at the time but in the rear kitchen, when they noticed that the security light was on continuously. It is thought at this point the offenders may have seen the occupants in the house and made good their escape. No one was seen at any point.


This is the original report of the burglary in Cromwell Lane on Monday 5th February: 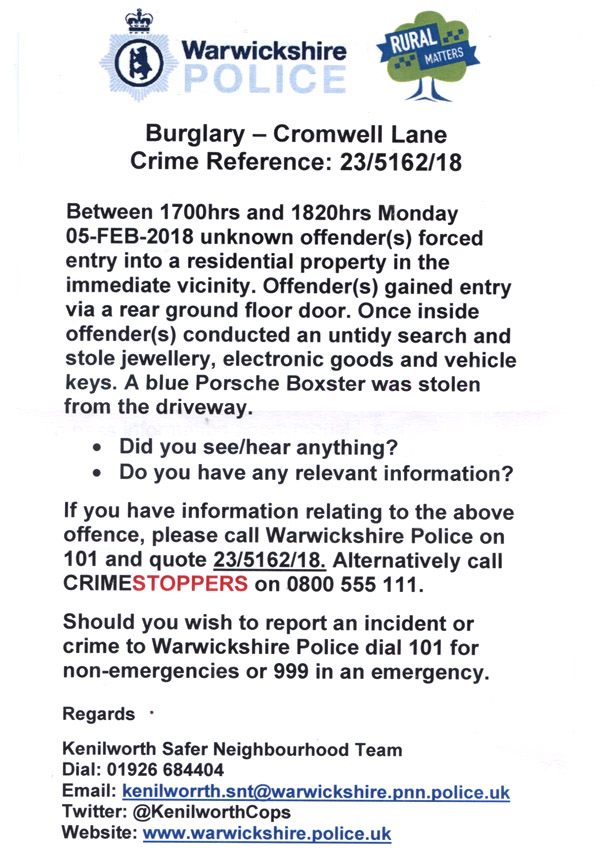 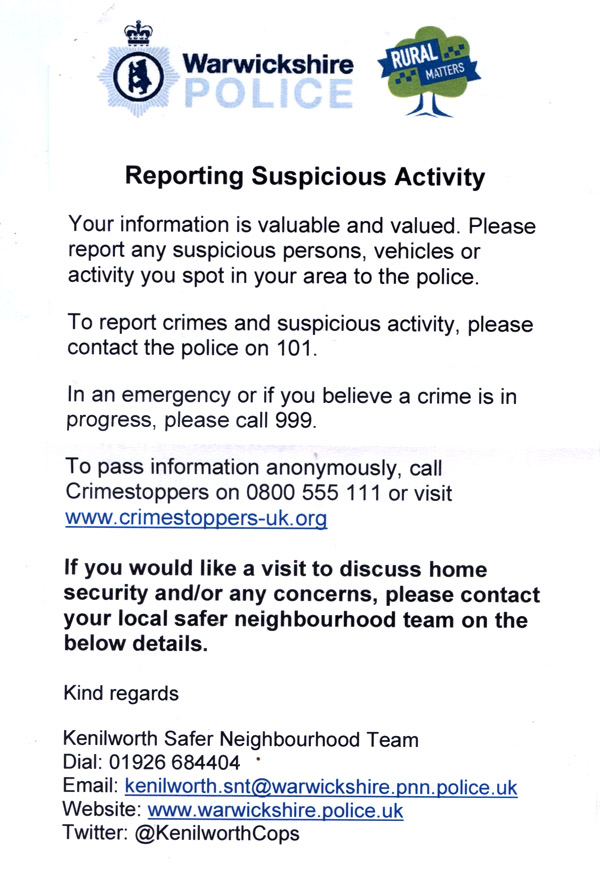