The planning application to build up to 425 dwellings off Westwood Heath Road has been resubmitted to Warwick District Council.

Residents' objections that were made to the original application do NOT carry over to the revised application and MUST BE RESUBMITTED, if they are still applicable. The covering letter with the new application clearly states:

The new application is here (it may take a few minutes for this link to load):
https://planningdocuments.warwickdc.gov.uk/online-applications/applicationDetails.do?activeTab=documents&keyVal=_WARWI_DCAPR_80131

This map shows the new application: 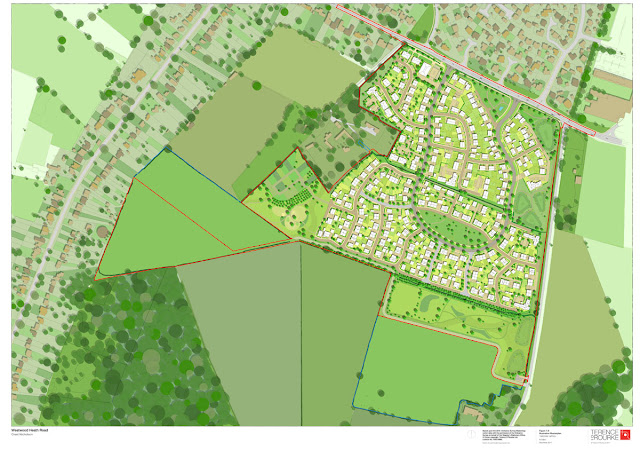 The details of the original application (submitted in June 2017) are here (it may take a few minutes for this link to load):
https://planningdocuments.warwickdc.gov.uk/online-applications/applicationDetails.do?activeTab=documents&keyVal=_WARWI_DCAPR_78924

This is the corresponding map submitted with the June application: 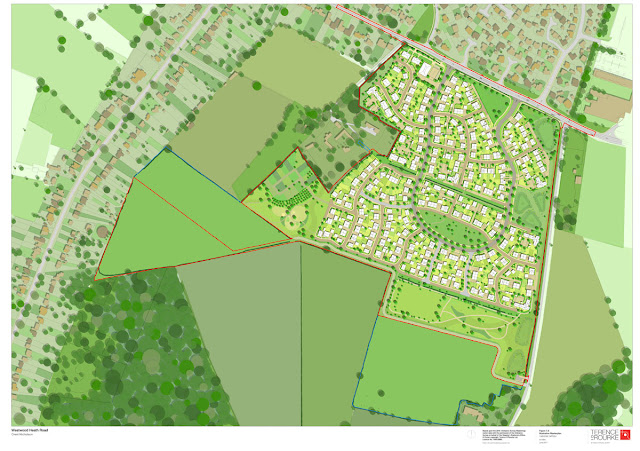 As you can see, there is very little substantive difference. The number of proposed dwellings is exactly the same, so considerations of traffic volumes are presumably unaltered. All objections regarding traffic will still need to be resubmitted.


The Differences Between The Original and Revised Plans

The graphic below highlights the differences between the two plans. There are some minor changes in the North-East quadrant and the South boundary hedge... 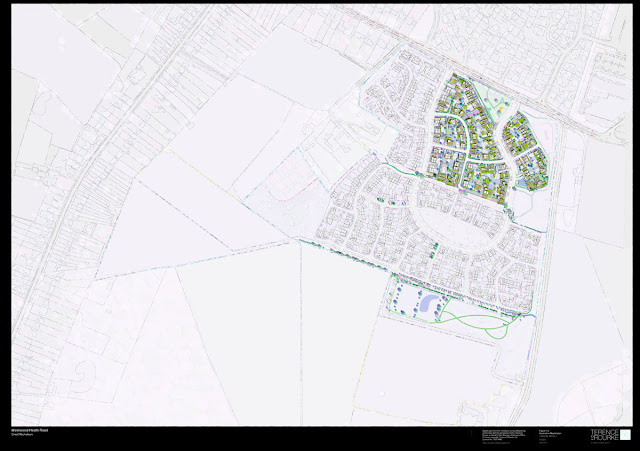 This animation shows the precise differences between the original plan and the revised plan...

This image (which can be enlarged) shows the precise types of properties in the revised version of the plan. Each type of property is indicated by a 3-letter code. eg AST represents Aston, cheaper terraced housing; SOM represents Somerton, a detached property; etc. Details and images of all of the various property types can be seen in the planning application documentation... 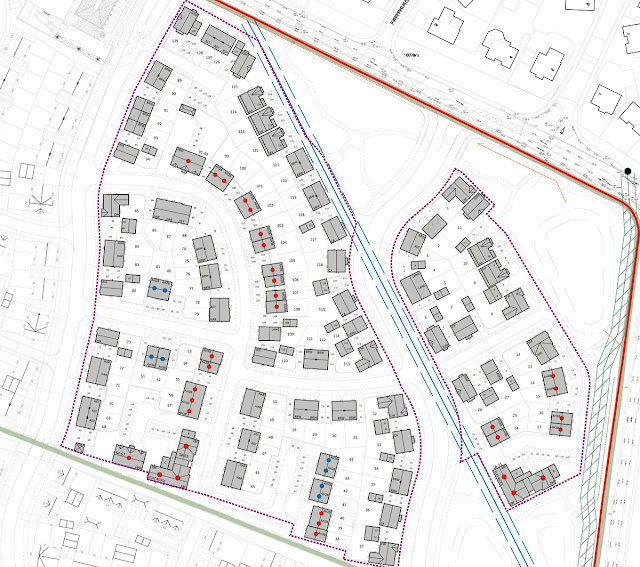 This animation shows a comparison with the original plan. Click the graphic to enlarge it to full screen size...

Below are the changes to the South boundary hedge. The WCC Ecologist had recommended that the original proposal should be refused on ecological grounds (see here). That recommendation is unchanged for the revised plan (see here).

Objections should be made using the 'Make A Comment' tab on the application. That comment page is here:
https://planningdocuments.warwickdc.gov.uk/online-applications/applicationDetails.do?activeTab=makeComment&keyVal=_WARWI_DCAPR_80131


The Housing Crisis and Immigration

There's an article in the Daily Mail this morning (21st December) which claims that immigration is the major factor driving the housing crisis and the demand for new homes.

You can read that article here:
http://www.dailymail.co.uk/debate/article-5200603/Stephen-Glover-migration-housing-crisis.html

There has been some concern about the accuracy of Coventry City Council's inflated population growth projections. It is not known to what extent those projections take into account Brexit and the anticipated reduction in immigration. Brexit may have been ignored.

The media are claiming that migration patterns are already reversing...

This 2012 item, just below, is of particular interest. There had been a public consultation to decide where new housing in Burton Green should be situated. This is from Minutes of Burton Green Residents’ Association Committee Meeting June 19th 2012: "At the Kenilworth Community Forum, Chris Elliott, Chief Executive of Warwickshire County Council, had delivered the Local Plan. This designated Burton Green as a category 2 village with possibly 30-80 new houses."
https://burtongreen.blogspot.co.uk/2012/05/proposed-buildling-sites-at-burton.html (May 2012)
Posted by John Webb