The findings of the archaeological survey are described in detail here:
https://planningdocuments.warwickdc.gov.uk/online-applications/files/8394F3B7FA51E36ACC94B7ED1AB8050E/pdf/W_17_2357-Appendix_6.3_-_Archaeological_Evaluation_Report-1076032.pdf

Based on that report, the Planning Archaeologist's response to the planning application, dated 30 January 2018, is here:
https://planningdocuments.warwickdc.gov.uk/online-applications/files/BB77E41DF8BE313002C2DF8036FA32CC/pdf/W_17_2357-Archaeology_comments-1088898.pdf

That presumably means that further excavations will be required sometime during 2018.

It is believed that there may have been some form of human activity at Westwood Heath possibly dating from the Iron Age.

The evidence for this is tenuous. Over the years a number of small artifacts, including coins and a goblet, have been unearthed at Westwood Heath. Some are undoubtedly Iron Age and some Roman.

In 1959 an aerial photographic survey was undertaken which revealed crop marks suggesting the presence of an enclosure. This was near to the boundary of the current proposed Crest Nicholson housing development.

What were Romans doing at Westwood Heath? Just passing through? They seem to have been here. It's possible that that the crop mark enclosure may have some connection to Bockendon Grange which is nearby. No-one knows. 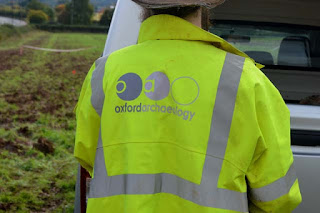 No further systematic investigation was undertaken, because of the expense involved and lack of expertise.

The images below (which are both reproduced as documentary evidence filed with the Crest Nicholson planning application) show the locations of some of these finds. 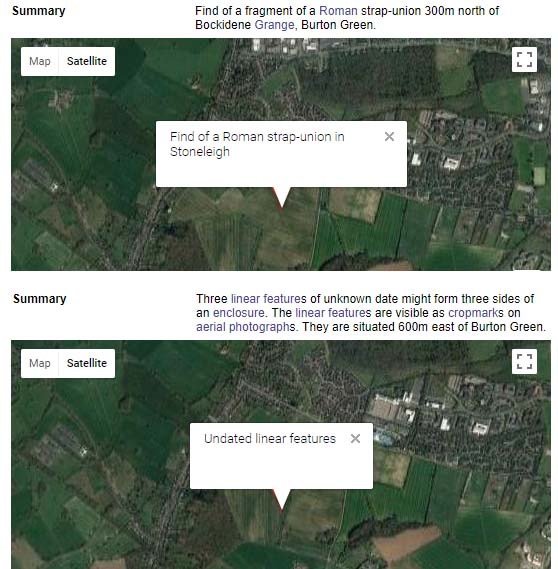 The PDF document in the link below shows comments from the Warwickshire Planning Archaeologist. This was the most accurate assessment of the situation, as of August 2017:
https://drive.google.com/file/d/0B2dsUUIxiPxDNmtXalNGVEdFTTg/view?usp=sharing

To further assess the situation archaeological trial trenching is now being undertaken. The investigation will take approximately 4 weeks.

Eighty trenches, each 50 meters by 1.8 metres, will be excavated. 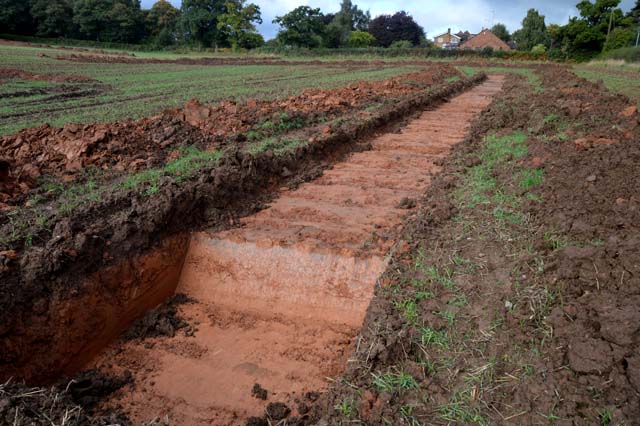 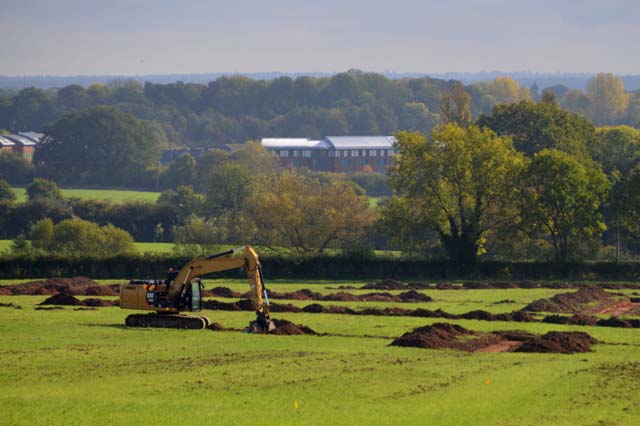 It is possible that gardens of any of the houses along Westwood Heath Road and Cromwell Lane might contain buried artifacts. One Roman artifact has been found near the Water Tower.

In 2011 a member of the Burton Green History Group who lives in a Victorian property along Cromwell Lane dug a 1 metre square test pit in their own back garden. Their finds were surprising though unexceptional. The finds were mainly Victorian crockery, earthenware, and corroded bolts and nails. All of this material was found beneath 1 square metre of their back lawn... 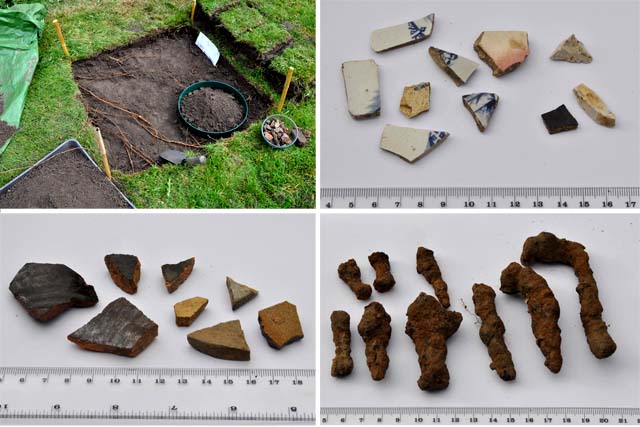 That experiment is described in more detail here:
https://burtongreen.blogspot.co.uk/2011/10/garden-archaeology.html

In 2009 the village of Kibworth, in Leicestershire, undertook a community investigation into its history, which was made into a BBC TV series, 'The Story of England'.