You may have seen a report on the Coventry Telegraph concerning plans for a link road from the A46 to the A452. 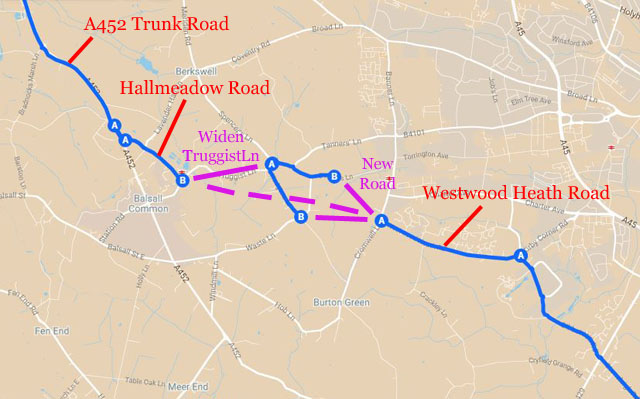 It should be emphasised that the routes shown are purely speculative. 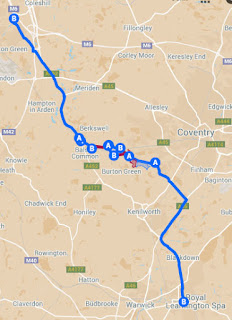 Westwood Heath Road and Hallmeadow Road have both already been designed and built to high capacity standards.

Hallmeadow Road was originally intended to form part of a Balsall Common bypass, though that work was not completed, and the road currently takes virtually no traffic off the A452.

A new road between Balsall Common and Westwood Heath would also remove much of the traffic that currently passes through Burton Green.

The original statement from Warwick District Council can be seen in the link just below. This is a link to a downloadable PDF file:
https://www.warwickdc.gov.uk/download/downloads/id/3974/exam_96_-_wcc_a46_link_road_eip_statement.pdf

The justification for building the new road may be related to the future of HS2. The current political climate is highly volatile and nothing is certain.
Posted by John Webb