Burton Green is part of a brand new ward known as Kenilworth Abbey and Arden.

The complete results for the May 2nd local election are shown below.

The experience of Burton Green (3 Conservatives elected) was not typical of Kenilworth, or Warwickshire as a whole.

The Green Party made huge gains and now holds the most seats on Kenilworth Town Council (8 seats) with Liberal Democrats (7 seats) and the Conservatives (2 seats).

The Conservatives have also lost control of Warwick District Council including council leader Andrew Mobbs who lost his seat. In contrast there were gains for the Greens and Lib Dems who will now go forward as part of a rainbow coalition as no party has overall control.

These are the complete results for Kenilworth Abbey and Arden: 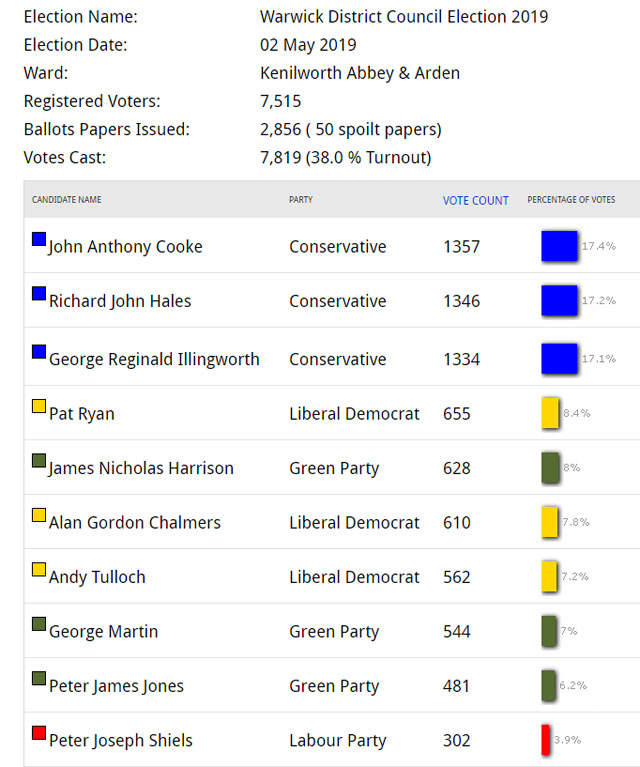