Panorama: HS2 Going Off The Rails

The 17th December edition of the BBC program Panorama, 7.30pm BBC1, will be about the financial difficulties facing HS2 and questions about the future of the project.

You can watch the program on iPlayer, at any time, here:
https://www.bbc.co.uk/iplayer/episode/b0bw9c2y/panorama-hs2-going-off-the-rails 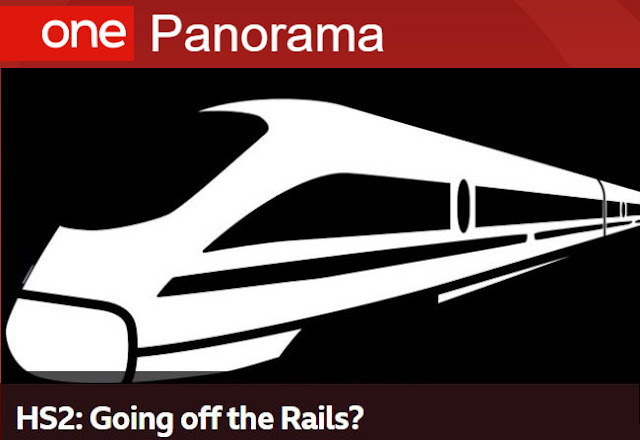 "Thousands of homes and businesses are affected and land is already being cleared to make way for the new High Speed 2 train line - the biggest infrastructure project in Europe. HS2 has a price tag of £56 billion, but does anyone know how much it will really cost? As land gets bought up, Panorama investigates the impact the controversial rail scheme is having and what the final cost could be.

The programme hears claims that even as the first part of the project was being signed off by Parliament, there were already concerns within the company that the final bill for land and property would end up higher. Could mounting costs derail the budget and bring the future of the scheme itself into question?"

The project has not yet received the Notice to Proceed from government and can still readily be cancelled.
Posted by John Webb