WDC has provided the following information on how representations concerning how the proposed local plan modifications have been dealt with.

The Council has not made any individual responses to the representations received during the modifications, but did pass them all to the Inspector who is considering the soundness of the plan and its modifications. Representations concerning Westwood Heath are available to view here.

The questions and concerns people raised will in turn have helped him draw up a list of detailed questions that will be addressed during the forthcoming local plan examination in public, which is due to start during the last week in September and which runs until December.

A number of statements have now been produced by all parties interested in participating in the examination hearings. The statements are available to view on this page.  Please scroll down to Written Statements – Resumed Hearings. A number of written statements concerning the Westwood Heath site can be seen here. The former page also contains details of the hearing dates and times and the inspector’s matters and issues paper, containing the questions he has about various topics.

For example, this particular PDF document (which is listed among the written statements) includes numerous annotated photos of Westwood Heath Road and proposed developments:
http://www.warwickdc.gov.uk/download/downloads/id/3717/matter_7c_written_statement_-_h42_westwood_heath_-_turley_for_im_properties_-_part_5_of_5.pdf

This map, included in that document, shows proposals for the area immediately behind Cromwell Lane (the old sports field)... 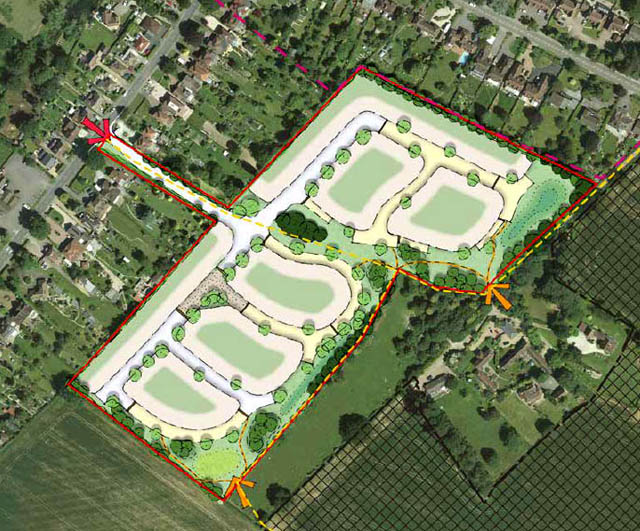