This basically affects Berkswell and Balsall Common, but may be of interest to residents of Burton Green.

Solihull MBC needs to find land for between 4000 and 8000 housing units over the next twenty years.  Recently developers and landowners were asked to put forward sites for potential development.  Over 40 sites were identified in Balsall and Berkswell parishes.  Most of these are situated in and around Balsall Common. The map below shows most of the sites being considered across the two parishes. 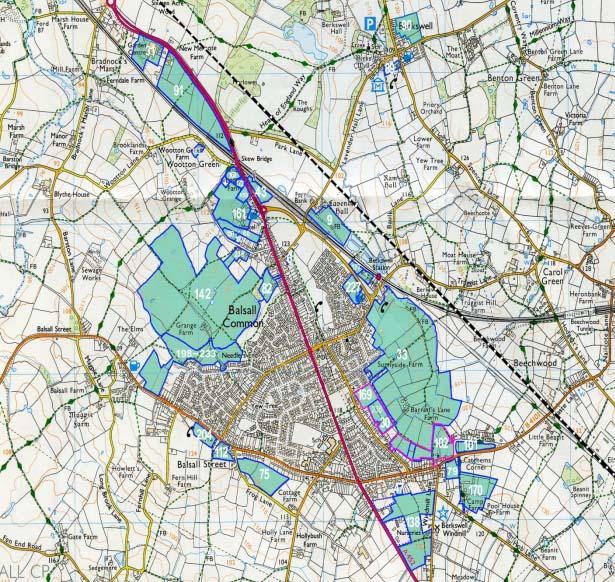 Solihull must now give consideration to the viability of these sites for possible inclusion in Solihull’s Local Plan. This will determine potentially how many houses can be built in the two parishes.

The Balsall and Berkswell Neighbourhood Development Plan Committee has a responsibility to consult widely with the community about all matters pertaining to housing development.  To this end we are holding a site exhibition at St Peters Hall on Saturday, August 20th from 10 a.m.

This Site Exhibition, arranged by the Neighbourhood Development Plan committee, will be attended by developers and landowners. This is your chance to have your say on how sites should be chosen in our area. Please do come along!
Posted by John Webb